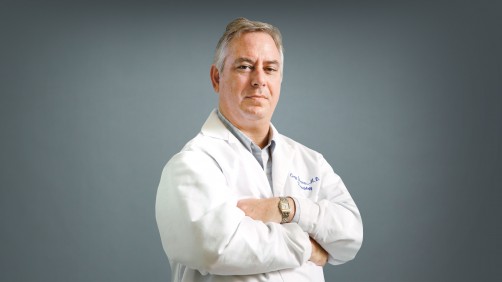 Gregg Silverman, MD, professor in the Departments of Medicine and Pathology at NYU Langone and co-director of its Musculoskeletal Center of Excellence.

Newswise — Current treatments for rheumatoid arthritis relieve the inflammation that leads to joint destruction, but the immunologic defect that triggers the inflammation persists to cause relapses, according to research conducted at NYU Langone Medical Center and the University of Pittsburgh.

Known as autoantibodies and produced by the immune system’s B cells, these defective molecules mistakenly attack the body's own proteins in an example of autoimmune disease. Now the results of a study just published in Arthritis & Rheumatology suggest that clinical trials for new rheumatoid arthritis (RA) drugs should shift from their sole focus on relieving inflammation to eliminating the B cells that produce these antibodies.

"We have developed a test for measuring the underlying autoimmunity in rheumatoid arthritis patients that should be used to evaluate new treatment regimens,” says senior author Gregg Silverman, MD, professor in the Departments of Medicine and Pathology at NYU Langone and co-director of its Musculoskeletal Center of Excellence. “We believe this provides a road to a cure for rheumatoid arthritis.”

Rheumatoid arthritis is a chronic inflammatory autoimmune disease that affects 1.5 million people in the United States. The current standard of care begins with methotrexate, a drug that reduces inflammation. It is often followed by drugs that block a molecule called tumor necrosis factor (TNF), which promotes inflammation. Both of these classes of drugs can blunt the swelling and inflammation associated with rheumatoid arthritis and at times even allow patients to go into clinical remission that requires continued treatment. But when patients halt these medications, symptoms generally flare up either sooner or later. According to Silverman, the reduction of inflammation does not directly reflect the autoimmune disease that causes rheumatoid arthritis.

In the study, researchers focused on “memory” B cells, immune system cells that remember the initial errant immune encounter that recognized the body’s own proteins as foreign. In rheumatoid arthritis, memory B cells secrete molecules called anti-citrullinated protein antibodies (ACPAs). Doctors currently confirm an RA diagnosis with a blood test that looks for ACPAs, which are present in 80 percent of RA patients.

Silverman and his colleagues developed sensitive assays to detect a range of different autoantibodies present in the disease. The researchers then established a cell culture system to stimulate memory B cells, and used the assays to test what kind of antibodies the B cells produced.

The researchers tested blood samples from RA patients and from healthy donors. They found high levels of APCA-secreting memory B cells in the blood of patients with these autoantibodies, but not in patients without autoantibodies or in the healthy volunteers.

They then looked at patients who had achieved remission with either methotrexate or a TNF inhibitor. The researchers found that APCA levels were directly proportional to the recirculating memory B cells in the blood stream, confirming that current drug treatments do not affect the underlying autoimmunity in rheumatoid arthritis.

The next step, Silverman says, is to conduct long-term prospective clinical trials of new RA drugs, using the team’s new test to determine each drug’s effect on autoimmunity. The current metrics for evaluating the effectiveness of new rheumatoid arthritis drugs remain focused on reducing inflammation but not curing the disease, he says.

“We need to develop longer-term vision of how to improve the treatment of rheumatoid arthritis,” Silverman says. “This new tool may show that agents that target other molecules or cells have advantages that were previously not considered now that we can better measure those effects.”