Newswise — Today, December 17, JoVE, the Journal of Visualized Experiments, has published a novel technique that could resolve a snag in stem cell research for application in regenerative medicine—a strategy for reprograming cells in vivo to act like stem cells that forgoes the risk of causing tumors.

Dr. Kostas Kostarelos, principal investigator of the Nanomedicine Lab at the University of Manchester, said that he and his colleagues have discovered a safe approach to reprogramming somatic cells (which constitute most of the cells in the body) into induced pluripotent stem (iPS) cells. Research in this field has been embraced as an alternative to the controversial use of embryonic stem cells.

“We have induced somatic cells within the liver of adult mice to transiently behave as pluripotent stem cells,” said Dr. Kostas Kostarelos, the lab’s principal investigator, “This was done by transfer of four specific genes, previously described by the Nobel-prize winning Shinya Yamanaka, without the use of viruses but simply plasmid DNA [a small circular, double-stranded piece of DNA used for manipulating gene expression in a cell].”

The technique comes as an alternative to Dr. Shinya Yamanaka’s reprograming methods, which won him the Nobel prize in 2012. Dr. Yamanaka’s approach involved reprogramming somatic cells in vitro by introducing four genes through the use of a virus. While promising, the use of this method has been limited. As Dr. Kostarelos’s article states, “One of the central dogmas of this emerging field is that in vivo implantation of [these stem] cells will lead to their uncontrolled differentiation and the formation of a tumor-like mass.”

Dr. Kostarelos and his team have determined that their technique does not share the risk of uncontrolled stem cell growth into tumors as seen in in vitro, viral-based methods. “[This is the] only experimental technique to report the in vivo reprogramming of adult somatic cells to pluripotency using non-viral, transient, rapid and safe methods,” Kostarelos said.

The Nanomedicine Lab’s approach involves injecting large volumes of plasmid DNA to reprogram cells. However, because plasmid DNA is short-lived in this scenario, the risk of uncontrolled growth is reduced.

The research group chose to publish their technique with JoVE as a means to emphasize the novelty, uniqueness and simplicity of their procedure. Along with their article, a demonstration of their technique has been published as a peer-reviewed video to ensure the proper replication of this technique by other researchers in the field.

***About JoVE, the Journal of Visualized Experiments:JoVE, the Journal of Visualized Experiments, is the first and only PubMed/MEDLINE-indexed, peer-reviewed journal devoted to publishing scientific research in a video format. Using an international network of videographers, JoVE films and edits videos of researchers performing new experimental techniques at top universities, allowing students and scientists to learn them much more quickly. As of December 2013, JoVE has published video-protocols from an international community of more than 9,300 authors in the fields of biology, medicine, chemistry, and physics. 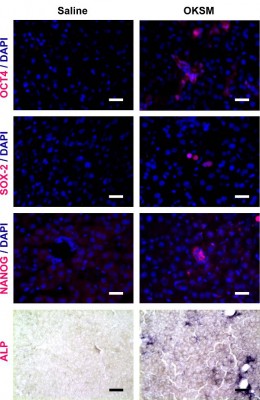 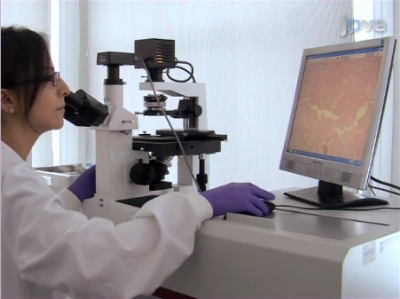 Caption: Dr. Açelya Yilmazer of the Nanomedicine Lab at the University of Manchester analyzes liver tissue to asses the effect of in vivo cell reprogramming on liver functionality and histopathology.

JoVE, the Journal of Visualized Experiments