Microscope images of the bonds progressing in clarity 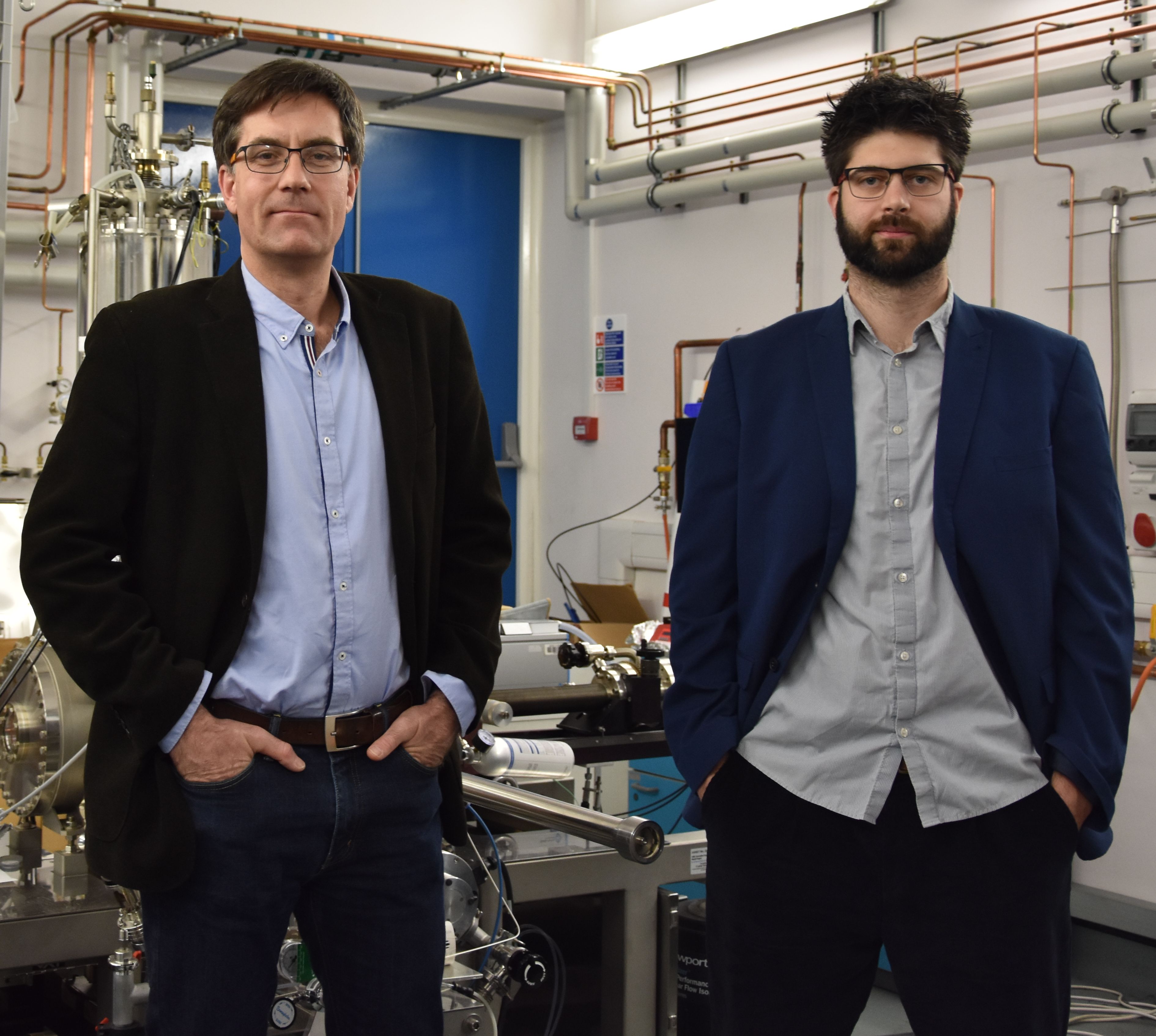 Newswise — A research project led by chemists at the University of Warwick first used ultrahigh resolution scanning tunnelling microscopy to see the exact location of atoms and bonds within a molecule, and then employed these incredibly precise images to determine the interactions that bond molecules to one another.

Using a carbon monoxide tipped super sharp needle frozen to 7 Kelvin (minus 266 degrees centigrade), the researchers could identify whether bonds are hydrogen or halogen, and were also able to pick up minute defects in these materials. These results could be of high relevance to help creating new pharmaceuticals that are purer than ever.

The researchers compared standard with ultrahigh resolution STM on a brominated polycyclic aromatic molecule laid on a gold surface. They were able to demonstrate that standard STM measurements could not conclusively establish the nature of the intermolecular interactions, but the new technique could clearly identify the location of carbon rings and halogen atoms, determining that halogen bonding governs the assemblies.

One of the paper’s lead researchers, Professor Giovanni Costantini, from the Department of Chemistry at the University of Warwick said:

“Renowned physicist Richard Feynman once said that the easiest way to analyse any complicated chemical substance would be “to look at it and see where the atoms are”; the technique we have been using is one way of doing just that.

“Scanning tunnelling microscopy (STM) can normally only reveal the overall shape and position of molecules in a material but hasn’t got the precision needed to determine their exact atomic structure.

“However, using ultrahigh resolution STM, we could precisely pinpoint the location of carbon rings and halogen atoms, which allowed us to establish that halogen rather than hydrogen bonding governed the molecular assembly of this material.

“By closely following Richard Feynman’s adjuration to “just look at the thing”, our clear visualisation of the actual positions of atoms within the molecules enabled us to infer the position and the nature of the bonding between the molecules.

“This was supported by theoretical calculations that revealed a number of electronic features the International Union of Pure and Applied Chemistry (IUPAC) recognises as identifying traits of halogen bonding. We believe that a significant fraction of difficult or controversial molecular structures that have been discussed in the literature over the last decades could be quickly and clearly solved by using this approach and we predict its increasing use in molecular nanoscience at surfaces.”

Another of the lead researchers on the paper, Assistant Professor Gabriele Sosso, from the University of Warwick’s Department of Chemistry also points out that:

“The ability to discern and actually clearly identify the position of halogen bonds will be of particular value to researchers attempting to understand biomolecular recognition and design novel pharmaceuticals drugs.

“In fact, most of the medicinal chemistry up to now has been focussing on the role of hydrogen bonds, as they are ubiquitous in both biochemistry and materials science: understanding halogen bonding will thus provide and additional tool to engineer the next generation of molecular systems for drug design.

“To that end, it is essential that, as we did in this work, we bring together experiments and simulations – in order to deliver a comprehensive picture of this still largely unexplored molecular interaction.”

Department of Chemistry, University of Warwick

Caption: Microscope images of the bonds progressing in clarity