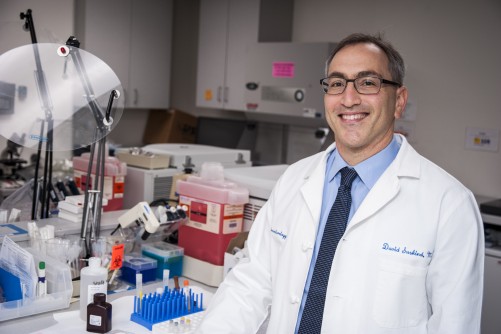 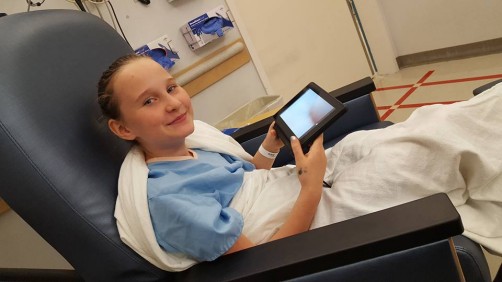 Adelynne, 11, was diagnosed with Crohn's when she was 8 years old. Today, she has been in remission for more than two years.

Can diet alone be used to treat Crohn’s disease and ulcerative colitis (UC)? It’s a question Dr. David Suskind, a gastroenterologist at Seattle Children’s, has been researching for years.

Today, he finally has the answer: yes.

In a first-of-its-kind-study led by Suskind, published today in the Journal of Clinical Gastroenterology, diet alone was shown to bring pediatric patients with active Crohn’s and UC into clinical remission.

“This changes the paradigm for how we may choose to treat children with inflammatory bowel disease,” said Suskind.

In the small, prospective study, patients were put on a special diet called the specific carbohydrate diet (SCD) for 12 weeks as the sole intervention to treat their Crohn’s or UC. SCD is a nutritionally balanced diet that removes grains, dairy, processed foods and sugars, except for honey. The diet promotes only natural, nutrient-rich foods, which includes vegetables, fruits, meats and nuts.

At the end of the 12 weeks, eight out of the 10 patients who finished the study showed significant improvement and achieved remission from the dietary treatment alone.

Searching for a cure for IBD

At most centers, treatment for inflammatory bowel disease (IBD) is limited and usually takes patients down one of two routes: steroids or medication, which can often lead to life-long side effects. Another concern is that medication and steroids only suppresses the immune system and don’t treat the underlying issue of the microbiome, the bacteria that lives in the digestive tract.

IBD refers to several related illnesses that affect the digestive tract. Crohn's and UC are two forms of IBD. Doctors believe that IBD happens because something goes wrong between a child's genetic makeup, their immune system and their microbiome. In most people, the bacteria in the digestive tract are harmless. Although in some cases, the microbiome goes awry and causes a person’s immune system to attack the bowel. It’s still unknown why this happens.

Suskind was determined to find better and more effective treatment options for IBD, and so he began spearheading research on the innovative diet known as SCD.

“For decades or longer, medicine has said diet doesn’t matter, that it doesn’t impact disease,” said Suskind. “Now we know that diet does have an impact, a strong impact. It works, and now there’s evidence.”

To date, there have only been a few case reports where a whole food diet, like SCD, has been used as a potential treatment for IBD. This study is the first to show, not just anecdotally, that the diet is safe and effective.

“Each person’s disease is unique, just as each person is unique,” said Suskind. “SCD is another tool in our tool belt to help treat these patients. It may not be the best treatment option for everyone, but it is an effective treatment for those who wish to try a dietary therapy.”

“There had to be a better way”

In October 2013, Nicole Kittelson noticed something wasn’t quite right with her then 8-year-old daughter Adelynne. Her skin and eyes had turned gray, her hair was brittle and she was losing weight.

“When we first took her to see her pediatrician, they simply said, ‘She’s a kid. She’s just active and needs more calories,’ but my gut was telling me something was wrong,” said Kittelson.

Shortly after, the family found themselves in the emergency room. Doctors tested Adelynne for leukemia and diabetes, but nothing came back with any answers as to what was going on inside Adelynne’s body. She was put on antibiotics and steroids and was sent home. For three weeks she was doing better, until one day things took a turn.

After multiple emergency room visits and months of uncertainty, Adelynne was admitted to Seattle Children’s where she met Suskind and was given a diagnosis: Crohn’s.

Common symptoms of Crohn’s include cramping, diarrhea and inflammation of the intestine. Crohn’s symptoms can range from mild pain to pain so severe a child may double over in pain. Additional complications can include dehydration, anemia and weight loss.

“Dr. Suskind walked us through the various treatment options,” said Kittelson. “He told us to think about which one we felt was best for our family. In the end, we wanted to try SCD. We knew it wouldn’t be easy, but in the long run, I didn’t want Adelynne to suffer the life-long side effects from medication or steroids. The diet was our best option. She was in so much pain from the Crohn’s, and I wanted to take that pain away.”

Seattle Children's offers innovative therapies that are not offered at other centers across the country. Medicine isn't always the answer for IBD. Diet, as Suskind has been advocating, plays a big role. At Seattle Children’s there are many alternative options including exclusive enteral nutrition (EEN) and SCD that can help children feel better and reduce inflammation without medication or steroids.

For 15 weeks the family started treatment using EEN, a diet that consisted of only formula. After 15 weeks on EEN, the family transitioned Adelynne to SCD with the help of her care team at Seattle Children’s.

“It was hard at first,” said Kittelson. “We got really good at reading labels and learning what foods were illegal, but after a while it became second nature.”

A diet change, a life change

Today, Adelynne has been in clinical remission for more than two years. She’s a healthy, happy and thriving 11-year-old girl.

“I can’t believe how far we’ve come. When we first walked into Seattle Children’s, she was an 8-year-old girl who was barely heavier than our 4-year-old. Now, she’s growing and foods are no longer an enemy.”

Adelynne and her family have embraced shopping local for natural, nutrient rich foods. And although it’s been an adjustment, the family now says the diet is just part of their every day life.

“Her lunch doesn’t look much different than other kids at school,” said Kittelson. “There are so many options out there. We haven’t felt like we’ve had to sacrifice. We’ve even adjusted holiday traditions to fit into our new lifestyle. Instead of candy for special occasions, we swap them for other things."

For Adelynne and her family, SCD was the right treatment option. It’s helped Adelynne get back to her normal life and find a love for food again.

“I don’t have the words to thank Dr. Suskind for what he did for us,” said Kittelson. “We are so in love with that man. He’s an extraordinary doctor who weighed our concerns and continues to walk us through everything. To have a doctor that is willing to explore other options and is willing to try new things, it’s incredible. There is no one right option for everyone. No one responds the same way. He listened to us and was our advocate when we needed one.” 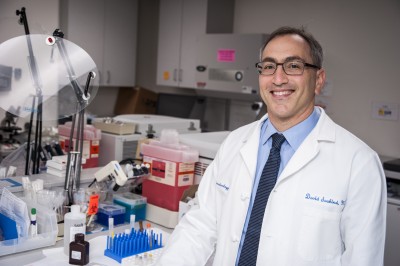 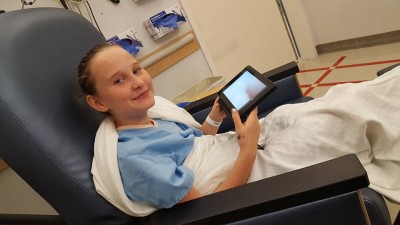 Caption: Adelynne, 11, was diagnosed with Crohn's when she was 8 years old. Today, she has been in remission for more than two years.