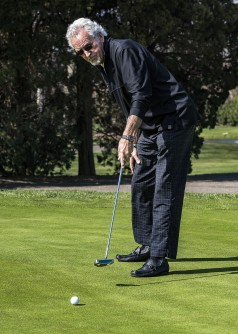 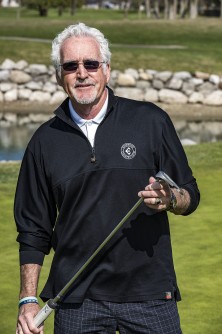 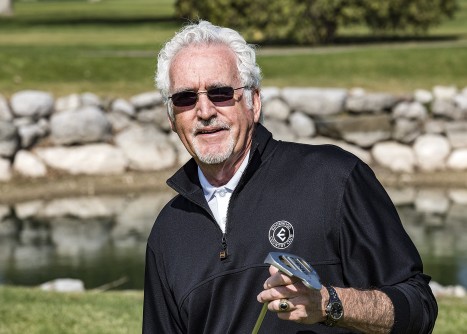 Newswise — It’s rare, but salesman John Cameron, let a call go unanswered. It was not a business call, but one pertaining to recent biopsy results from his urologist.

“Dr. Hafron was probably not too happy with me,” recalled Cameron. “But, I was in denial and didn’t want to believe I had prostate cancer.”

Cameron, of Farmington, Michigan, admittedly is a busy man. “I like to keep moving,” he said.  He works hard – selling fire suppression products, and plays hard – golfing, cycling and playing racquetball.

When he did talk with Jason Hafron, M.D., a urologist with Beaumont Health, his worst suspicions were confirmed. The test showed he had early-stage prostate cancer, also referred to as localized prostate cancer.

Back then, at age 65, he was concerned not only about having prostate cancer, but also about how the treatment would affect his active lifestyle.

In a subsequent appointment with Dr. Hafron, John appreciated hearing all the treatment options, which included surgery, known as a prostatectomy. Each option had pros and cons.

Cameron likes choices, and was particularly interested in a newer treatment option being researched at Beaumont Hospital, Royal Oak. Dr. Hafron referred him to Daniel Krauss, M.D., a radiation oncologist and clinical investigator of the single-dose brachytherapy study.

Dr. Krauss, like Dr. Hafron, explained treatment options. He specializes in internal radiation therapy, also known as brachytherapy. Traditionally, high-dose-rate, or HDR brachytherapy, is administered in as many as four to nine prostate cancer treatment sessions. However, Dr. Krauss was seeking patients for a study to determine the effectiveness of a one-session HDR treatment.

Said Dr. Krauss, “For some patients with low to intermediate-risk prostate cancer, high-dose-rate brachytherapy is a good option.”

While traditional HDR brachytherapy with multiple sessions was not appealing to Cameron, the one-time, or single fraction approach seemed ideal.

“It would not be a detriment to my life and work. I did not want to be traveling back and forth for multiple treatments. Personally, I didn’t see any significant downsides to that treatment,” Cameron said.

Cameron met the study requirements and enrolled in the research program. Within 90 days of his cancer diagnosis, he underwent the one-time HDR brachytherapy in February 2012.

Just before his treatment at Beaumont, Royal Oak, he recalled looking around and thinking, “This is quite an impressive radiology team.”

Before anesthesia, the medical team asked if he had any last-minute requests. He asked to speak with Dr. Krauss and said, “Is this your A-team? Dr. Krauss replied, ‘Absolutely.’”

Looking back, Cameron, now 70, said he was pleased with his decision to have the one-time radiation treatment, “I was comfortable. Emotionally, it was the right treatment for me. Up until I made my decision, Dr. Krauss and his team encouraged me to investigate other treatments.”

As for the treatment, Cameron was impressed with the technology. “HDR brachytherapy is fascinating. It’s precision-driven,” he said.

Cameron’s outpatient treatment took place on a Thursday and by Monday he was back to work.

Prostate HDR brachytherapy typically takes two to three hours. Patients usually go home from the hospital the same day. In contrast to permanent seed, or low-dose-rate brachytherapy, with HDR, no radioactive material is left inside the patient after the procedure. Treatment delivery occurs in the operating room under the supervision of a radiation oncologist and physics team to ensure total control and optimal accuracy of the dose. Because the radiation dose is delivered directly from inside the prostate, radiation exposure to nearby critical structures, such as the bladder and rectum, is minimized.

Cameron is not alone. According to the American Cancer Society, nearly 220,000 American men will be diagnosed with prostate cancer this year. After skin cancer, prostate cancer is the most common cancer diagnosed nationally among men. The prostate is part of a man’s reproductive system.

Results from the study Cameron participated in were recently published in the International Journal of Radiation Oncology with Dr. Krauss as the lead author. The findings show HDR brachytherapy given in a single-treatment might be a safe and effective alternative to longer HDR treatments for many with early-stage prostate cancer.

Explained Dr. Krauss, “While more follow-up research is needed to further refine the treatment and establish an optimal single-treatment dosage, we’re optimistic the single-treatment approach can become a standard practice for prostate cancer.”

The benefits of the procedure include:

Today, four and one-half years later, Cameron summed up his single-treatment radiation experience, “What a great treatment. It kills your cancer. You can get back to your work and on with your life quickly. This is just remarkable. I owe a debt of gratitude to my Beaumont doctors from my primary care physician, Richard Stober, M.D., to urologist Dr. Hafron and radiation oncologist Dr. Krauss. They’ve prolonged my life. I’m one of the lucky ones.” 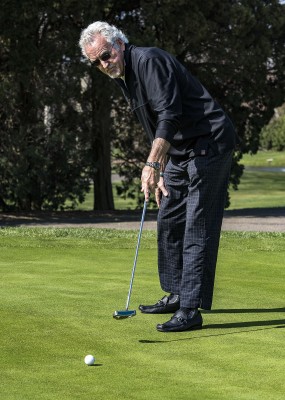 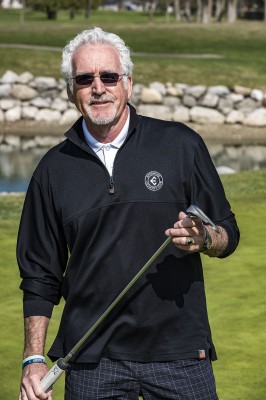 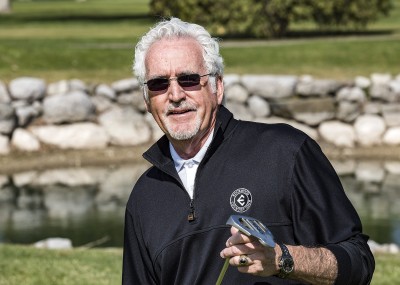