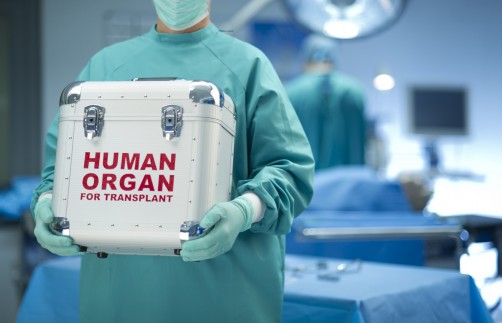 In a small study, doctors at Johns Hopkins have successfully transplanted 10 hepatitis C-infected kidneys into patients without hepatitis C and prevented the patients from becoming infected by hepatitis C.

Newswise — In a small study, doctors at Johns Hopkins have successfully transplanted 10 hepatitis C-infected kidneys into patients without hepatitis C and prevented the patients from becoming infected by hepatitis C. The success of these transplants could mean more organs being available for the nearly 100,000 people in the U.S. currently waiting for a kidney transplant.

“Right now, most of the usable organs from donors with hepatitis C are discarded because there are very few hepatitis C-positive recipients on the waiting list,” says Niraj Desai, M.D., an assistant professor of surgery at Johns Hopkins University School of Medicine and senior author of the new paper, published in Annals of Internal Medicine. “Figuring out how to use these kidneys is a way to do more transplants and save more lives.”

Until recently, treating hepatitis C was difficult; treatment regiments often included weekly injections, led to serious side effects that not all patients could tolerate and didn’t cure all cases of the viral infection. That meant that organs — including kidneys — from hepatitis C-positive people were considered too high-risk to transplant into patients without the virus.

Around 500 hepatitis C-positive kidneys are discarded from organ donors in the U.S. every year, Desai says. And hundreds more may never make it to a recipient because some organ procurement organizations don’t procure the kidneys in the first place due to the lack of a suitable recipient.

In the past seven years, however, a handful of new direct-acting antivirals have hit the market; the drugs cure more than 95 percent of all hepatitis C cases and carry few side effects. Desai and his colleagues thought it was time to try taking advantage of the new drugs to pave the way for using hepatitis C-positive kidneys for transplants.

“In this era of organ shortages, it’s difficult to watch good organs get discarded,” says Christine Durand, M.D., an assistant professor of medicine at Johns Hopkins University School of Medicine. “This was a great opportunity to take a neglected public health resource and put it to good use.”

Desai, Durand and their colleagues approached patients over age 50 who were awaiting kidney transplants, had no previous transplants and no available living donors, and were negative for hepatitis C as well as HIV and hepatitis B. Ten patients agreed to receive hepatitis C-positive kidneys. Their average age was 71 and they had been on the transplant waiting list an average of four months. All donor kidneys were recovered from donors aged 13 through 50, tested positive for hepatitis C and showed no evidence of kidney disease. The donors’ blood was tested for strain and quantity of hepatitis C virus.

Each recipient received a dose of grazoprevir/elbasvir, an oral combination pill, while they were waiting to go into the operating room for their transplant. Each recipient then continued taking a daily pill of grazoprevir/elbasvir for 12 weeks after transplantation. Three patients also took a daily dose of sofosbuvir due to the strain of hepatitis found in their donor organ.

In five of the kidney recipients, there was never any hepatitis C RNA detected in their blood. In the other patients, low levels of the virus were detected shortly after transplant but then became undetectable within days or a week. No recipients ever developed any clinical signs of chronic hepatitis C infection. In addition, the kidneys themselves functioned well. At the time of the study’s publication, all patients are at least a year out from their transplant and doing well, says Desai.

“This was an overwhelmingly positive study,” adds Durand.

The researchers would next like to see their results replicated in a larger, multicenter trial. They say if the success of the transplants continues, it could pave the way for other hepatitis C-positive organs, including hearts and livers, to be transplanted as well.

“We’re always trying to expand what we consider acceptable for an organ donor,” says Durand.

Due to the opioid epidemic and deaths from drug overdoses — many of which occur in hepatitis C-positive individuals — there are an increasing number of hepatitis C-positive organs available. Being able to use these organs for transplants could mean many hundreds of lives saved each year.

“These 10 kidneys we used are 10 kidneys that would not have been transplanted outside of this study,” says Desai. “They would have been discarded.”