Plant biologist to use NSF grant for maize development study

Newswise — ITHACA, N.Y. – A Cornell University research team led by Michael Scanlon, professor of plant biology in the College of Agriculture and Life Sciences’ School of Integrative Plant Science, will use funding from the National Science Foundation to continue his studies of maize, the world’s largest staple crop.

His group will use genomic sequencing tools to examine the developmental changes that occur within individual cells. This builds on research Scanlon and his lab have been conducting since the early 2000s, much of which has also been supported by NSF.

Plants continually grow new vegetative structures. During the early stages of development, cells are given a specific function, and they grow in a highly organized manner. “Plant development ultimately proceeds via the differentiation of individual stem cells to comprise mature tissues and organs,” Scanlon said.

All the cells, organs and tissues in the above-ground portions of adult plants exist thanks to a pool of stem cells that live in a structure called the shoot apical meristem (SAM). The SAM generates cells that undergo specific patterns of gene expression as they develop, giving rise to the more complex cells and tissues found in mature plants.

The SAM also helps maintain the balance between the cells dedicated to organ building and those that produce more stem cells. To accomplish this, complex networks of genes are turned on and off in a precise series, and as the plants continue to develop, they experience a natural variation in gene expression. This ultimately influences the traits that appear in adult plants, such as leaf size, leaf shape and plant height.

In a study published last year, Scanlon and his collaborators examined the patterns of gene expression found in different types of tissue, both inside and around the SAM. Genomic sequencing revealed that only a few genes appeared to have a role in influencing which cells contributed to the different tissue types.

The new funding will allow Scanlon to expand on this research by analyzing the differences in gene expression within individual cells, rather than just by tissue type. “Single-cell sequencing,” he said, “is an intuitive advancement toward understanding the mechanisms of cell differentiation during shoot development.” 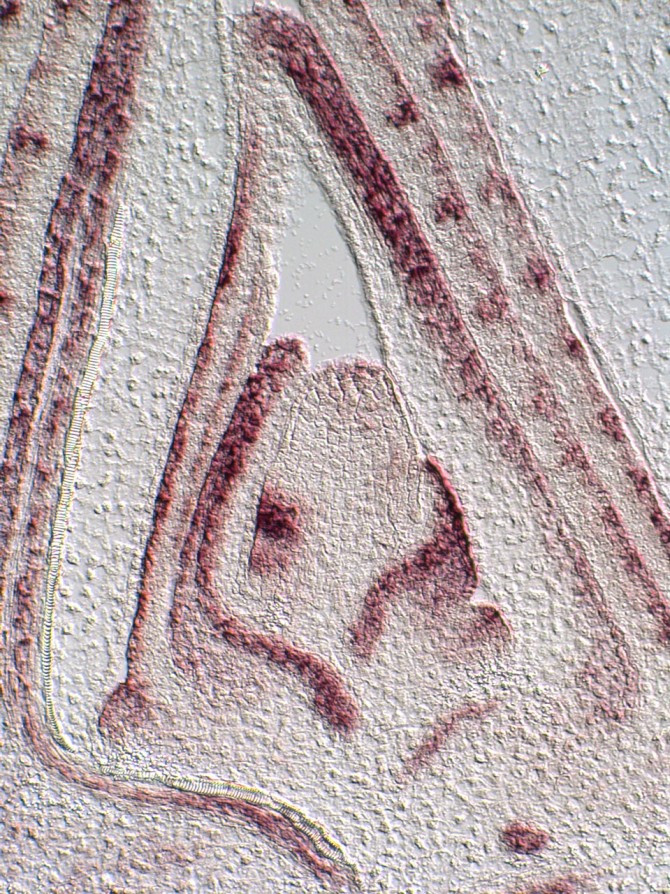 Caption: A close-up of the stem of a maize seedling. In the center, the shoot apical meristem houses the stem cells that ultimately give rise to all the leaves, stems, branches and flowers of the plant. 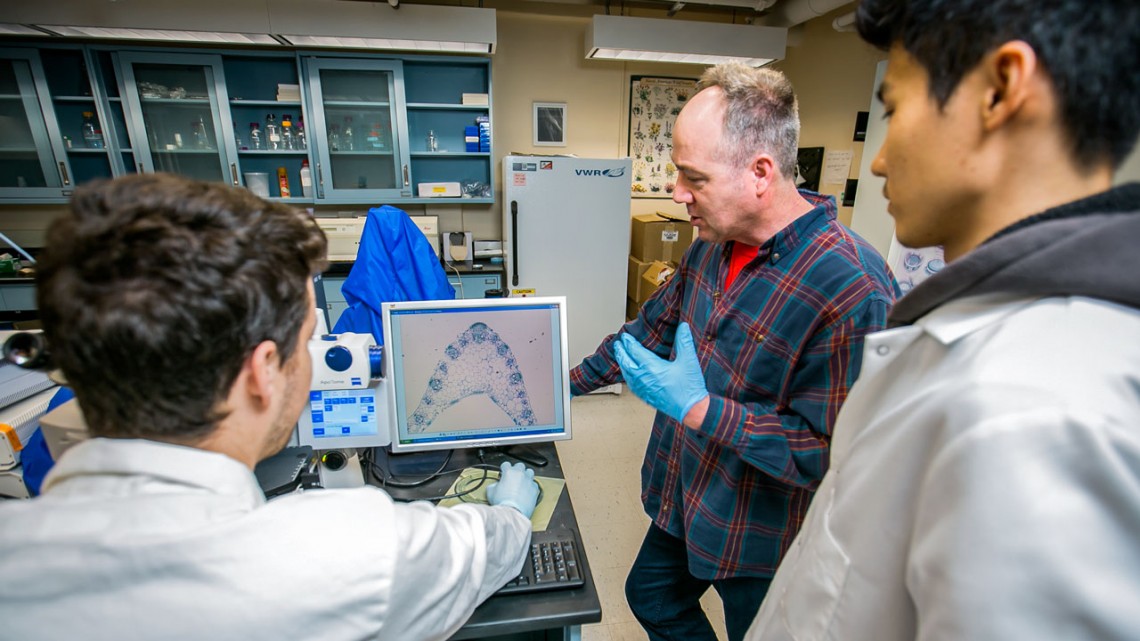 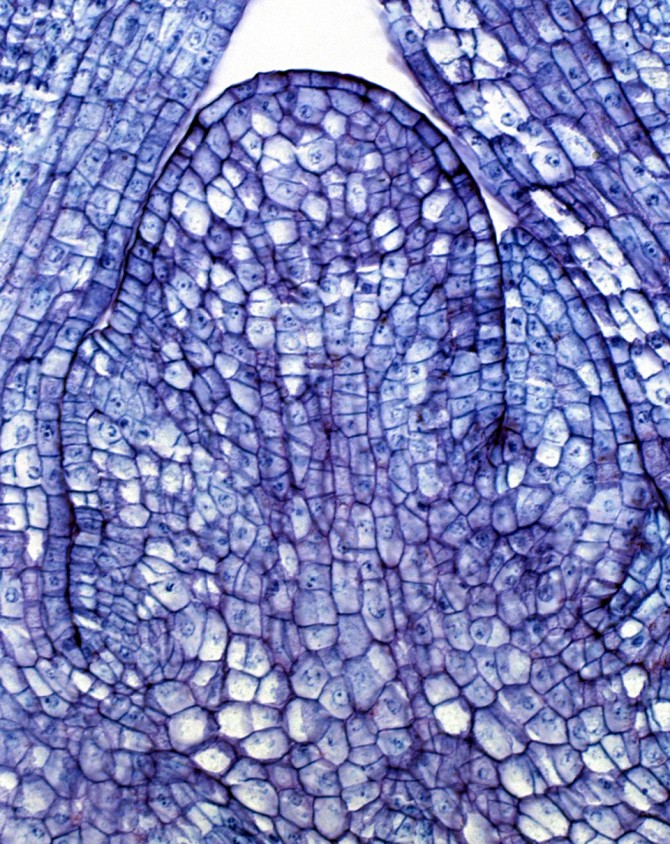 Caption: A close-up of the maize shoot apical meristem, a pool of plant stem cells being studied by plant biologist Michael Scanlon as part of a $1.8 million 5-year continuing NSF grant.