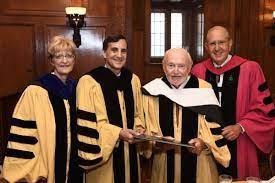 Newswise — A huge roadbuilding scheme in Papua New Guinea could imperil some of the largest, biologically richest and culturally most diverse forests on the planet, says an international research team led by James Cook University in Australia.

“This plan has big red flags all over it,” said JCU’s Professor Bill Laurance, the team leader.

The PNG government plans to dramatically increase its national road network, from 8700 to 15,000 kilometres in length, over the next three years. New road segments will crisscross much of the country.

“PNG isn’t even maintaining its current roads, and now the government wants to double its road network, often in wet, steep and remote terrain? The new roads will be tremendously expensive to build and maintain,” said Dr Laurance.

“Many will cut through critical habitats of endangered wildlife, including that of rare tree-kangaroos and birds of paradise,” said Dr Mohammed Alamgir, lead author of the study. “Altogether, 54 critical biodiversity areas will be threatened and there will be a great deal of forest fragmentation.”

The research team, from Australia, Papua New Guinea and Germany, published their findings this week in the PLOS ONE journal.

“Many of the proposed roads leap out as bad ideas, based on transparent cost-benefit analyses,” said Dr Laurance. “For instance, the Madang-Baiyer, Epo-Kikori and Wau-Malalaua road segments will be hugely risky economically, socially and environmentally.”

The research team cautions that timber and mining companies, often from overseas, promise to build roads but then quickly abandon them once the natural resource they lead to has been extracted.

“Many companies cut and run,” said Dr Laurance. “They bribe government officials to get what they want, and then bail out once the profits are gone. There’s little long-term interest in developing PNG socially and economically.”

China is the biggest and riskiest investor for PNG, says the research team. “Chinese firms and financiers operate more aggressively, with a more predatory attitude, than do firms from most other countries,” said Dr Alamgir.

“A lot of the projects we’ve studied are part of China’s Belt and Road, which is promoting many projects that are saddling developing nations with foreign debt,” said Dr Laurance.

“A few politicians and land developers are getting very rich, but the rest of the country suffers—with traditional communities potentially losing their forests, fisheries, and clean water,” said Dr Alamgir.

The researchers say that rather than building new roads that promote uncontrolled land development and immigration, a better idea is to focus on maintaining PNG’s existing road network.

“Two-thirds of PNG’s existing roads are nearly unusable,” said Laurance. “Why spend a fortune building new roads that you can’t maintain? If history is a guide, they’ll be big money-losers and will create years of social and environmental crises.”

Free Images and the Journal Article: