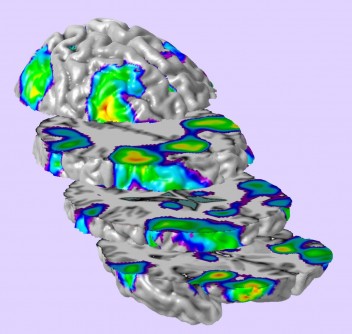 Newswise — In the first study of its kind, Prapti Gautam, PhD, and colleagues from The Saban Research Institute of Children’s Hospital Los Angeles found that children with fetal alcohol spectrum disorders (FASD) showed weaker brain activation during specific cognitive tasks than their unaffected counterparts. These novel findings suggest a possible neural mechanism for the persistent attention problems seen in individuals with FASD. The results of this study will be published in Cerebral Cortex on August 4.

FASD encompasses the broad spectrum of symptoms that are linked to in utero alcohol exposure, including cognitive impairment, deficits in intelligence and attention and central nervous system abnormalities. These symptoms can lead to attention problems and higher societal and economic burdens common in individuals with FASD.

During the period of childhood and adolescence, brain function, working memory and attention performance all rapidly improve, suggesting that this is a crucial time for developing brain networks. To study how prenatal alcohol exposure may alter this development, researchers observed a group of unaffected children and a group of children with FASD over two years. They used fMRI to observe brain activation through mental tasks such as visuo-spatial attention—how we visually perceive the spatial relationships among objects in our environment —and working memory.

“We found that there were significant differences in development brain activation over time between the two groups, even though they did not differ in task performance,” notes Elizabeth Sowell, PhD, director of the Developmental Cognitive Neuroimaging Laboratory at The Saban Research Institute and senior author on the manuscript. “While the healthy control group showed an increase in signal intensity over time, the children with FASD showed a decrease in brain activation during visuo-spatial attention, especially in the frontal, temporal and parietal brain regions.”

These results demonstrate that prenatal alcohol exposure can change how brain signaling develops during childhood and adolescence, long after the damaging effects of alcohol exposure in utero. The atypical development of brain activation observed in children with FASD could explain the persistent problems in cognitive and behavioral function seen in this population as they mature.