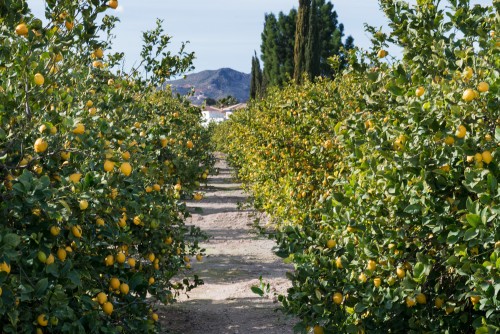 Newswise — Researchers from Queen’s University Belfast, in collaboration the University of Manchester and the University of Gothenburg (Sweden), have uncovered new evidence to suggest that the Sicilian mafia arose to notoriety in the 1800s in response to the public demand for citrus fruits.

Arguably one of the most infamous institutions in the Western world, the Sicilian mafia, first appeared in Sicily in the 1870s and soon infiltrated the economic and political spheres of Italy and the United States.

Dr Arcangelo Dimico, Lecturer in Economics from Queen’s Management School, and the research team hypothesized that the Sicilian mafia rose to power due to the high public demand for oranges and lemons following physician James Lind’s discovery in the late eighteenth century that citrus fruits could prevent and cure scurvy, due to their high levels of vitamin c.

Dr Dimico said: “Although outcomes of the mafia’s actions such as murders, bombings, and embezzlement of public money have been observed during the last 140 years, the reasons behind its emergence are still obscure.

The researchers used two unique data sets from Sicilian towns and districts gathered from a parliamentary inquiry conducted between 1881–1886 (Damiani 1886) and from 1900 (Cutrera 1900). They found that mafia presence in the 1880s is strongly associated with the prevalence of citrus cultivation.

Dr Dimico added: “Given Sicily’s dominant position in the international market for citrus fruits, the increase in demand resulted in a very large inflow of revenues to citrus-producing towns during the 1800s. Citrus trees can be cultivated only in areas that meet specific requirements, such as mild and constant temperature throughout the year and abundance of water, guaranteeing substantial profits to relatively few local producers.

“The combination of high profits, a weak rule of law, a low level of interpersonal trust, and a high level of local poverty made lemon producers a suitable target for predation, as there was little means to effectively enforce private property rights. Lemon producers, therefore, resorted to hiring mafia affiliates for private protection and to act as intermediaries between the retailers and exporters in the harbours.”

Until now the Sicilian mafia’s origins have always thought to have been a consequence of the weak institutional setting related to the failure of the feudal system present in Sicily and from the political instability in Italian history. However this research is the first piece of evidence to suggest that their rise to power was actually due to the boom in the economy.

The findings have been published in the Journal of Economic History: https://pure.qub.ac.uk/portal/files/128795793/mafia_complete.pdf.