Quest to Find the ‘Missing Physics’ at Play in Landslides 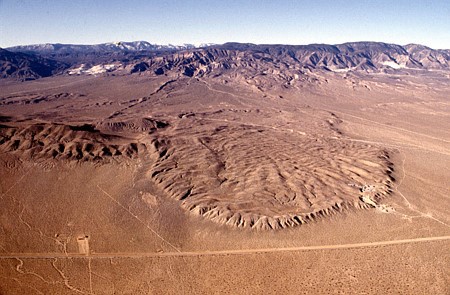 The final deposit of the Blackhawk landslide in Southern California. This landslide originated in the mountains in the background and flowed out many times its initial flow height over near-flat ground. 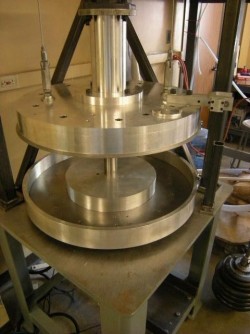 The annular shear cell used for Campbell and Guo’s experiments.

Newswise — WASHINGTON, D.C., August 30, 2016 -- During the 1990s, Charles S. Campbell, now a professor in the Department of Aerospace and Mechanical Engineering at the University of Southern California, began exploring why large landslides flow great distances with apparently little friction, and the larger the volume of flowing rock the lesser the friction.

A landslide is a large-scale example of a granular flow, in which solid particles move like a fluid -- think sand flowing through an hourglass. Large-scale computer simulations revealed that friction in landslides behaved in a way that ran contrary to all existing theories for granular flow, and this inspired a quest to track down the “missing physics” in action during landslides.

A key piece of the puzzle was discovered by Campbell in 2002 and 2005 when he tapped the elastic properties of particles to draw a flow map for all granular flows by splitting it into two separate régimes: an “elastic régime” dominated by force chains -- heavily loaded quasi-linear “columns” of particles that form internally to the flowing granules -- that are strongly dependent on elastic properties versus an “inertial régime” free of force chains.

“These experiments were difficult to perform,” Campbell acknowledged.

But it was well worth the effort, because “it confirmed our results from 2002 and 2005 -- we were able to observe the various régimes and the transitions between them,” said Campbell. “In the recently discovered ‘elastic-inertial régime,’ which is part of the elastic régime, the apparent friction increases with shear rate and is probably where the landslide simulations were operating, although the effect might not be strong enough to explain the low friction observed in long-runout landslides.”

The implications of this work are significant because almost all solid materials in industries ranging from mining to pharmaceuticals are handled or processed in granular form. “Granular materials flow under gravity and gravity-driven chutes and hoppers are often used to move materials around these plants. Unfortunately, little is known about how these materials flow so these devices are often designed by trial, which is very expensive,” Campbell explained. “Our current work adds to the basic understanding of granular flow properties.”

What’s next for the group?

“The discrete particle computer simulations used in the early stages of our work are now ubiquitous, and modern computers can be used to model the granular flow through entire processing plants, so they’re starting to be used during the design process for factories,” said Campbell. “Material properties of the particles are the inputs to such programs. We plan to compare the data from these experiments with simulations as a way to assess the most important material properties and how closely we need to match the input properties to get reasonable results from the simulations.”

The group’s work was supported by the National Science Foundation (grant CBET-08228514). 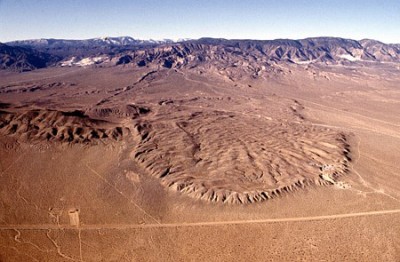 Caption: The final deposit of the Blackhawk landslide in Southern California. This landslide originated in the mountains in the background and flowed out many times its initial flow height over near-flat ground. 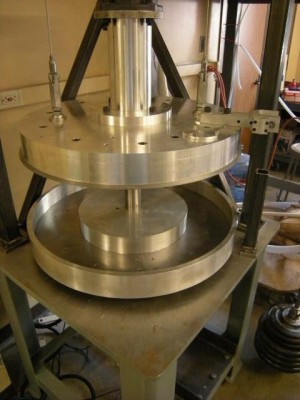