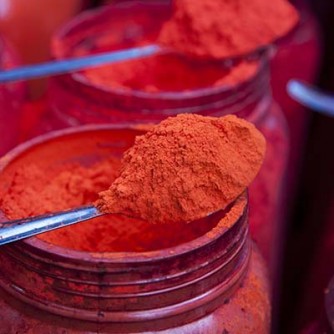 Newswise — Sindoor – a cosmetic powder sold in the United States and used during Hindu religious and cultural ceremonies – has unsafe levels of lead, according to a Rutgers University study.

“There is no safe level of lead,” said Derek Shendell, associate professor of Environmental and Occupational Health in the School of Public Health and co-author of the study. “That’s why we believe sindoor powder shouldn’t be sold or brought into the United States unless it is lead free.”

Lead is a highly toxic poison associated with lower IQ, behavioral problems and growth delays in children who often are exposed hand to mouth. At least 4 million households in the United States have children living in them who are being exposed to high levels of lead, according to the U.S. Centers for Disease Control and Prevention, which says no safe blood level of lead has been identified.

In a study, published in the October issue of the American Journal of Public Health, Rutgers researchers tested 118 samples of sindoor, a scarlet-colored powder that is used by women to place a bindi, or red dot, cosmetically on their foreheads.  Married women also put it in their hair and it is used by men and children for religious purposes.

The results indicated about one-third of the samples, which include 95 from South Asian stores in New Jersey and 23 from stores in Mumbai and New Delhi, India, contained lead levels above the limit set by the U.S. Food and Drug Administration.

Although other cosmetics such as kajal and tiro, eye products used in India and Nigeria, have been banned by the FDA because of elevated lead content, the FDA only issued a general warning about sindoor after testing by the Illinois Department of Health a decade ago discovered a high lead content in one brand.

Shendell, and co-authors Manthan P. Shah, a scientist with the U.S. Environmental Protection Agency who based his dissertation on the study, and William Halperin, professor of Epidemiology at the School of Public Health, said at a minimum there is a need to monitor sindoor lead levels and make the public aware of the potential hazards.

“We screen kids who live in houses built prior to 1978 with lead-based paint,” said Halperin. “We should be screening children from the South Asian community to make sure they do not have elevated levels of lead in their blood, before we discover more dead brain cells.”

The researchers are concerned about the amount of sindoor potentially entering the country on a weekly basis through the four international airports in the New York and New Jersey metropolitan area, including Philadelphia. Halperin said he took a trip to India, brought back sindoor and was not stopped by U.S. Customs and told that the product might be hazardous.

Researchers say the government should look at this as a public health issue and not rely on consumers to make the right choices. It is difficult, they say, to determine exactly which products contain lead based on the variety of sindoor available and because the number of products that contained lead in this study is high.

“We shouldn’t depend on people making the right decision on what product to use,” said Halperin. “This is a public health issue that needs to be taken seriously.”