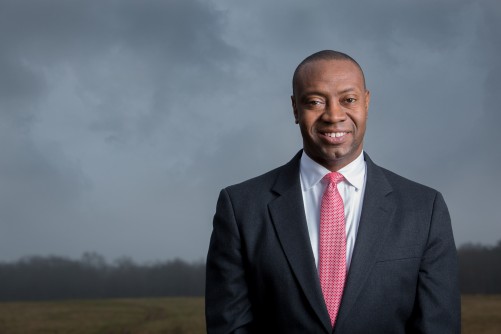 Newswise — Athens, Ga. – As the peak of the Atlantic hurricane season approaches, researchers at the University of Georgia in partnership with NASA Goddard Space Flight Center have been awarded a grant to study how wet soils may strengthen tropical storms over land.

The research funding totaling nearly $1 million will allow the scientists to build on an idea first advanced in two UGA-based studies suggesting that wet soils could sustain or intensify hurricanes, typhoons and other tropical cyclones as they move over land. The UGA researchers called this the “brown ocean” effect.

“The more common behavior is that hurricanes weaken when they move over land so this research has implications for assessing storm hazards and flood potential as storms move over land,” said Marshall Shepherd, Georgia Athletic Association Distinguished Professor of Geography and Atmospheric Sciences and principal investigator. “Our previous work found that smaller or weakening storms can be the biggest rain producers, not the powerhouse Category 5 storms.”

The new research, funded by NASA’s Modeling and Analysis Program, will augment Earth system models by using satellite-based soil moisture estimates to better predict when storms will strengthen over land.

“The brown ocean effect may also go beyond hurricanes, as we possibly saw with the storm system that caused the devastating Louisiana floods in 2016,” Shepherd said. “The combination of advanced NASA datasets and models will allow us to better understand how the land and atmosphere talk to each other during storms.”

Shepherd says the team will explore how wet soil, swampy regions like the Everglades and even irrigated areas affect storms as they move inland.

Recent research from one of Shepherd’s former doctoral students now working at the U.S. Forest Service suggests that irrigated landscapes in southwest Georgia may provide a moisture source for storms in that region.

“The concept of the brown ocean effect is very intriguing scientifically and has practical implications for tropical cyclone forecasting,” said Joseph Santanello of the NASA Goddard Center Hydrological Sciences Laboratory. “This proposal will allow us to bring together the expertise and tools required—including NASA weather and land surface models, and satellite data—to properly address the processes and predictability of this phenomenon.”