New Study Shows the Power of Resilience as a Protective Factor 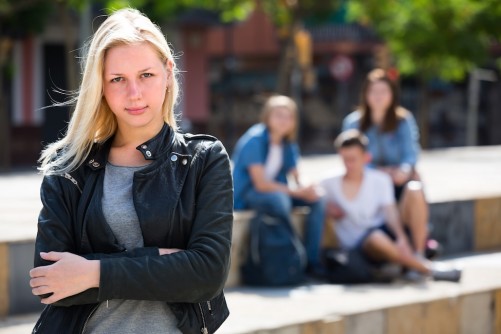 A new study shows that in many forms of verbal and online bullying, targets do have some agency to allow or disallow much of the harm that others try to inflict. The key: resilience.

Newswise — It’s inevitable. Most children will experience some form of bullying at some point in their lifetimes. What’s not inevitable is that they will be adversely affected by the experience. So why is it that some children are devastated by bullying while others are not? Is there is a major personal characteristic or trait that buffers and protects them against internalizing the harm intended through bullying and cyberbullying?

The answer is a resounding “yes.” That trait is “resilience” or the ability to “bounce back” and successfully adapt to stressful situations. A new study from Florida Atlantic University and the University of Wisconsin-Eau Claire, published in the journal Child Abuse & Neglect, validates how resilience differentiates children who just survive bullying from those who thrive when faced with adversity. Children do in fact play a significant role in allowing or disallowing the harm that takes place when bullied. Astonishingly, the ability to be resilient comes naturally, but it needs to be nurtured through social and environmental factors.

The researchers hypothesized that resilient youth are less likely to be targets for bullying both at school and online, and that those who are targeted are less impacted by it at school. To test this concept, they used a validated biopsychosocial 10-item resilience scale to explore the relationship between resilience and experience with bullying and cyberbullying. The scale included statements like “I can deal with whatever comes my way,” “I am not easily discouraged by failure,” and “Having to cope with stress makes me stronger,” with items assessing both the protective capacity of resilience as well as its reparative ability to restore equilibrium in the lives of youth when they face adversity.

Based on a nationally-representative sample of 1,204 American youth ages 12 to 17 and living in the United States, results from the study found that uniformly, students with higher levels of resilience were bullied at school or online less often, and among those who were bullied, resilience served as a buffer, insulating them from being affected in a negative manner at school. Their experience with various forms of interpersonal peer harm also varied inversely with the students’ self-reported level of resilience.

“Resilience is a potent protective factor, both in preventing experience with bullying and mitigating its effect,” said Sameer Hinduja, Ph.D., study author, a professor in the School of Criminology and Criminal Justice within FAU’s College for Design and Social Inquiry, and co-director of the Cyberbullying Research Center. Hinduja co-authored the study with Justin W. Patchin, Ph.D., a professor of criminal justice at the University of Wisconsin-Eau Claire. “Resilient kids are those, who for a variety of reasons, are better able to withstand external pressures and setbacks and are less negatively impacted in their attitudes and actions than their less-equipped peers when facing this type of victimization.”

Hinduja and Patchin hope that the latest data from their study will bring attention to an often-neglected and even forgotten component of the ways that schools, families, and communities address the role and responsibility of the child who is bullied.

There is heavy interest to identify better solutions to bullying these days, and Hinduja recently shared their research on resilience in keynotes with the International Bullying Prevention Association, the World Anti Bullying Forum, and social media companies’ intent on helping targets help themselves.

“We want children to learn and develop the skills they need to deal with problems, and yet we rarely help them engage with those problems so that they can grow in their ability to solve them,” said Hinduja. “Instead, we seek to constantly protect and insulate them – instead of bolstering their self-confidence, problem-solving ability, autonomy, and sense of purpose – which are all innate strengths.”

Hinduja points out that in many forms of verbal and online bullying, targets do have some agency to allow or disallow much of the harm that others try to inflict. As such, youth-serving adults have a responsibility to teach and model for them the proper strategies to deflect, dismiss, or otherwise rise above the insults and hate.

“Cultivating Youth Resilience to Prevent Bullying and Cyberbullying Victimization,” is published in the current issue of Child Abuse & Neglect.