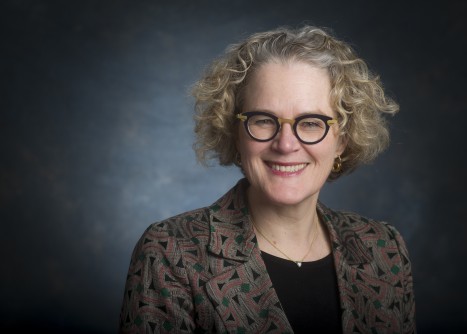 Newswise — BIRMINGHAM, Ala. – At a time when measles seems long forgotten, false information about vaccines directed at vulnerable populations is breeding fear, confusion and even disease. Minnesota is experiencing the largest measles outbreak in 30 years, where dozens of children who were not vaccinated have been infected.

“A campaign to spread misinformation about the safety of the measles vaccine preceded this outbreak, contributing to declines in vaccination uptake,” said Jeanne Marrazzo, M.D., director of the University of Alabama at Birmingham Division of Infectious Diseases. “A swift and often merciless threat we thought was under control is needlessly re-emerging.”

In the 1950s, physicians regularly diagnosed measles as millions would become ill each year and thousands would require hospitalization. Hundreds died or suffered lifelong complications, including deafness and cognitive disabilities.

“Since children are particularly vulnerable to measles, parents and caregivers longed for a simple way to prevent the fast-moving illness,” said Marrazzo, chair of the American Board of Internal Medicine Council and ABIM Infectious Disease Specialty Board. Marrazzo recently wrote an ABIM blog post related to the ongoing measles outbreak in Minnesota.

More than 50 years ago, a breakthrough occurred — a measles vaccine and immunization program was created at the same time the infectious disease field was being recognized as a separate medical specialty. Vaccinating babies has been recognized as a safe and effective way to quell the spread of disease, with vaccination rates in the United States now higher than 90 percent, according to the Centers for Disease Control and Prevention.

Vaccines are not readily available in all countries, and measles still spreads through travel. However, annual U.S. cases have dropped into the hundreds. The threat of measles is a distant memory for most people, and infectious disease physicians are now focused on new lifesaving treatments in a rapidly changing world. According to Marrazzo, certain populations are again at risk in America and other countries due to the spread of another serious threat — misinformation.

“I myself have seen only a single case of measles, but patients I do see are sometimes misinformed or frightened by something they may have read online about any number of diseases,” Marrazzo said. “As a medical community, we need to be prepared to deal not only with the rampant spread of disease, but also with the rampant spread of misinformation.”

Physicians should take the time to be trusted allies in health care and help patients questioning lifesaving medicine understand the science and evidence behind treatment options.

Marrazzo says addressing this quickly and with skill allows physicians the opportunity to remind people of how the measles vaccine is a miracle of modern medicine — and to maintain the bandwidth to work on the next miracle to keep more people safe in the future.