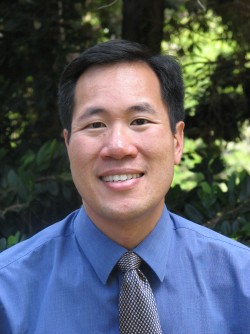 Dr. Michael Ong is an associate professor in residence of medicine in the division of general internal medicine and health services research at the David Geffen School of Medicine at UCLA. He obtained his M.D. from the University of California, San Diego and his Ph.D. in Health Services and Policy Analysis from the University of California, Berkeley. Ong is a practicing general internist. His research interests focus on improving the delivery of appropriate and efficient health care by general internal medicine physicians. His research has applied this focus in several areas of general medicine, including hospital-based care, mental health, and tobacco control.

Ong, who is also chief of the hospitalist division at the VA Greater Los Angeles Health Care System was appointed by California Governor Jerry Brown to the Tobacco Education and Research Oversight (TEROC) committee. Ong has served on the committee since 2007 and as its chair since 2009.

The legislatively mandated TEROC oversees the use of Proposition 99 and Proposition 56 tobacco tax revenues for tobacco-related research and tobacco control and prevention education. It advises the California Department of Public Health, the state Department of Education and the University of California on how to administer the Proposition 99 and 56 -funded programs.  It also provides recommendations to the state legislature on how to improve tobacco control and research.

In addition, the committee publishes and updates the state’s master plan for tobacco control and research.