SARS and MERS: What’s Next?

The deadly outbreaks might not be in the news anymore, but they—and ones similar to them—are still a threat 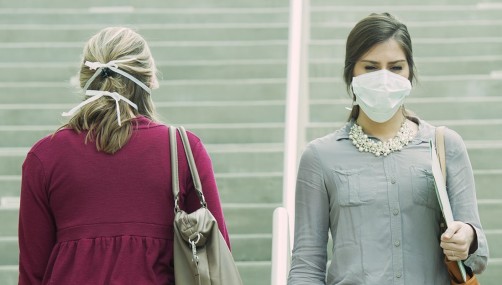 Newswise — It may be difficult to remember now, but when SARS was first recognized in February 2003, people were scared. This heretofore unknown disease was killing people—nearly 10 percent of those infected with what came to be recognized as the SARS-associated coronavirus. Before the end of the year, cases were reported in 29 countries.

“The original source of SARS was undoubtedly bats,” said Julian Leibowitz, MD, PhD, a professor at the Texas A&M College of Medicine, who studies coronaviruses. “It crossed over to humans and then spread person-to-person.”

But almost as quickly as it started, the outbreak was over. There hasn’t been a case of SARS reported since 2004, but is it really gone?

SARS, which stands for severe acute respiratory syndrome, is caused by a type of virus called a betacoronavirus. “Up until the SARS outbreak, the human coronaviruses were associated with only a mild upper respiratory infection in healthy adults,” Leibowitz said. “In fact, they are responsible for a reasonable proportion of colds in the spring.” There was also a poorly documented group that caused gastrointestinal symptoms in children.

“SARS triggered an outbreak of coronavirologists and epidemiologists who were looking for the original source of the virus, and they found many other similar viruses along the way,” Leibowitz said. “The result is that many other coronaviruses were discovered, mostly in bats, but also several in humans that tended to produce mild to moderate upper respiratory disease.”

All of that work became especially relevant when the Middle East respiratory syndrome (MERS) was first identified in Saudi Arabia in 2012. Like SARS, MERS is a disease caused by a coronavirus infection that can result in death. MERS is also similar to SARS in that it is zoonotic, meaning it is transmitted from animals to humans. “MERS is different from SARS, though, because the source of transmission to humans is probably from camels, where it is endemic and has been for decades at least,” Leibowitz said. “Therefore, as long as you have camels, you have the continuing risk of transmission.”

Still, researchers are making progress. Leibowitz and his lab work with animal models of the viral infection to study its replication and spread. “These viruses replicate in a very interesting way,” Leibowitz said. “The biochemical and genetic data indicate a couple of possibilities for how to stop their replication within the host.” If a drug or other intervention can stop the replication, it can essentially stop the infection. Teams of scientists collaborating around the world seem to be inching closer to this goal.

Still, with one exception, drug candidates have as of yet only been shown to work in cell cultures, never in a live host. “It’s going to matter how fast the viruses can mutate to become resistant the drugs,” Leibowitz said.

Therefore, there still may be cause for concern about this type of virus. “There are likely hundreds of coronaviruses out there in bats,” Leibowitz said. “We’ve only really seen two of them manifest as severe diseases in humans, and they all may have some potential for transmission to other species—including us.”

“I have no real doubt that there will be another outbreak of a coronavirus,” Leibowitz added. “We don’t know where or when or which one, but we need to be ready.”