Newswise — Satellites now play a key role in monitoring carbon levels in the oceans, but we are only just beginning to understand their full potential.

Our ability to predict future climate relies upon being able to monitor where our carbon emissions go. So we need to know how much stays in the atmosphere, or becomes stored in the oceans or on

land. The oceans in particular have helped to slow climate change as they absorb and then store the carbon for thousands of years.

The IPCC Special Report on the Oceans and Cryosphere in a Changing Climate, published in September, identified this critical role that the ocean play in regulating our climate along with the need to increase our monitoring and understanding of ocean health.

But the vast nature of the oceans, covering over 70% of the Earth's surface, illustrates why satellites are an important component of any monitoring.

The new study, led by the University of Exeter, says that increased exploitation of existing satellites will enable us to fill "critical knowledge gaps" for monitoring our climate.

The work reports that satellites originally launched to study the wind, also have the capability to observe how rain, wind, waves, foam and temperature all combine to control the movement of heat and carbon dioxide between the ocean and the atmosphere.

Additionally, satellites launched to monitor gas emissions over the land are also able to measure carbon dioxide emissions as they disperse over the ocean.

Future satellite missions offer even greater potential for new knowledge, including the ability to study the internal circulation of the oceans. New constellations of commercial satellites, designed to monitor the weather and life on land, are also capable of helping to monitor ocean health.

"Monitoring carbon uptake by the oceans is now critical to understand our climate and for ensuring the future health of the animals that live there," said lead author Dr Jamie Shutler, of the Centre for Geography and Environmental Science on Exeter's Penryn Campus in Cornwall.

"By monitoring the oceans we can gather the necessary information to help protect ecosystems at risk and motivate societal shifts towards cutting carbon emissions."

The researchers call for a "robust network" that can routinely observe the oceans.

This network would need to combine data from many different satellites with information from automated instruments on ships, autonomous vehicles and floats that can routinely measure surface water carbon dioxide.

And recent computing advancements, such as Google Earth Engine, which provides free access and computing for scientific analysis of satellite datasets, could also be used.

The study suggests that an international charter that makes satellite data freely available during major disasters should be expanded to include the "long-term man-made climate disaster", enabling commercial satellite operators to easily contribute.

The research was supported by the International Space Science Institute ISSI Bern, Switzerland, and initiated by Dr Shutler at the University of Exeter and Dr Craig Donlon at the European Space Agency.

The paper, published this week in Frontiers in Ecology and Environment, is entitled: "Satellites will address critical science priorities for quantifying ocean carbon." 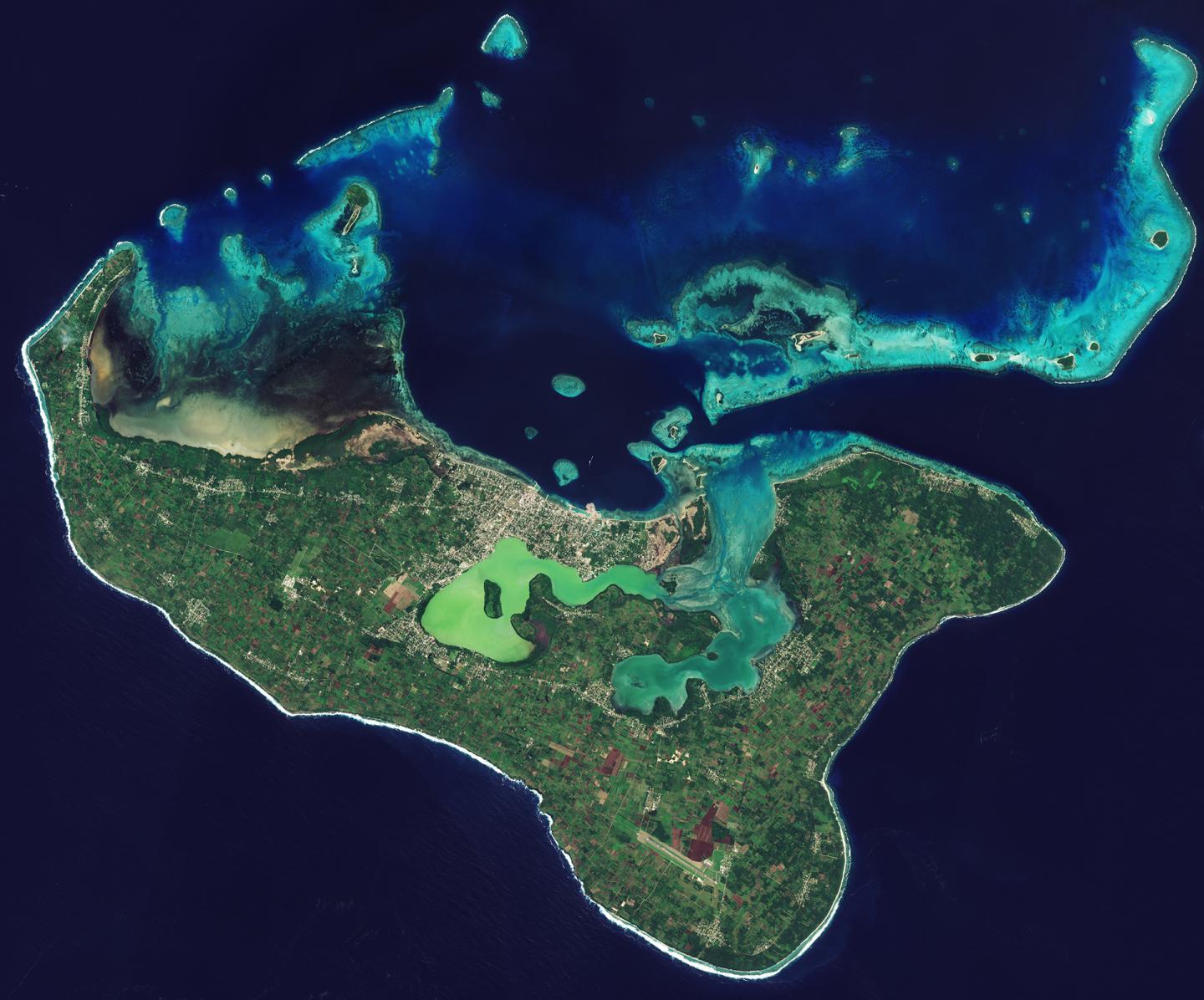 Caption: This is Tonga from space. 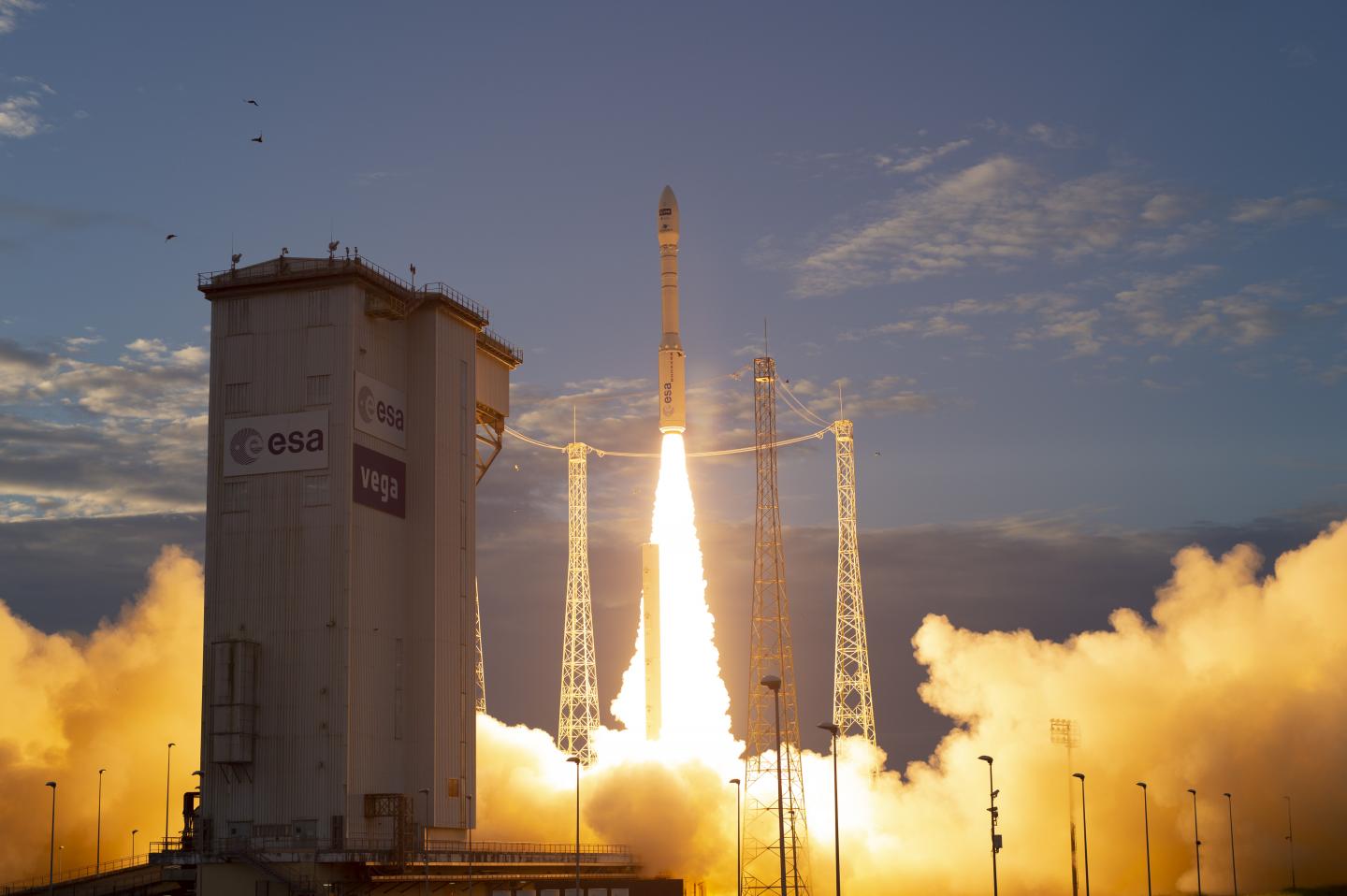 Caption: This is the Aeolus liftoff.

Frontiers in Ecology and Environment