Disease modeling experiment will be her second project on the ISS 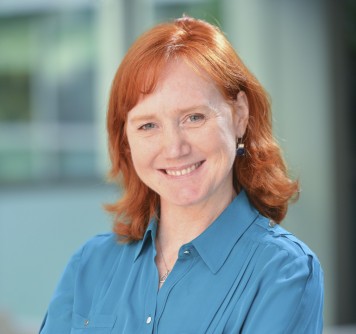 The research project was awarded to Micro-gRx by the Center for the Advancement of Science in Space (CASIS), which operates under a cooperative agreement with NASA. Micro-gRx will partner with Space Tango, a Kentucky-based microgravity research company that will manage the flight operations of the cell samples to the ISS National Lab. Space Pharma, an Israeli-based company will supply the ŌĆślab-on-a-chipŌĆÖ or a miniaturized lab able to culture cells and measure cell changes over time.

ŌĆ£IŌĆÖm thrilled to have been selected for this research project because of the sheer potential for new discoveries and drug therapies that can result,ŌĆØ says Malany, who also led a research project on the ISS in 2012 to analyze molecular processes in microgravity using fluorescence detection. ŌĆ£Disease modeling using human cells has become a focal point in medical research because it accelerates disease-specific drug discovery. We anticipate that there will be significant funding opportunities in this area in the years to come.ŌĆØ

The research experiment will involve the collection of human skeletal muscle cell samples that will be integrated into the lab-on-a-chip and replicate muscle weakness that occurs with aging. Malany will closely study what happens to myoblasts which are precursors for muscle fiber and important for skeletal muscle regeneration following injury or disease.

Samples of human cells acquired in collaboration with the Florida Hospital ŌĆō SBP Translational Research Institute for Metabolism and Diabetes (TRI-MD) will enable this first-of-its-kind research in space; similar research has been conducted using bone cells derived from mice. Malany will also measure gene expression changes (changes in how genes are made into proteins or RNA) post-flight on samples when they return to earth.

According to Malany, the project will take 18 months to two years to complete. Micro-gRx will hire a scientist trainee to assist with the research. Through a corporate sponsored research agreement, the project will be conducted at SBP and at the TRI-MD. Micro-gRx, Inc. was established in 2015 with seed funding from Space Florida. Malany adds that her companyŌĆÖs award also proves that the regionŌĆÖs space commercialization opportunities are far-reaching. ŌĆ£WeŌĆÖve seen a great deal of momentum in recent months around space research and business development,ŌĆØ says Malany, referring to OneWebŌĆÖs announcement to build and launch satellites and Blue OriginŌĆÖs new commercial space facility. ŌĆ£WeŌĆÖre going to continue to see significant happenings around medical-research-in-space as well.ŌĆØ

About Sanford Burnham Prebys Medical Discovery InstituteSanford Burnham Prebys Medical Discovery Institute (SBP) is an independent nonprofit medical research organization that conducts world-class, collaborative, biological research and translates its discoveries for the benefit of patients. SBP focuses its research on cancer, immunity, neurodegeneration, metabolic disorders and rare childrenŌĆÖs diseases. The Institute invests in talent, technology and partnerships to accelerate the translation of laboratory discoveries that will have the greatest impact on patients. Recognized for its world-class NCI-designated Cancer Center and the Conrad Prebys Center for Chemical Genomics, SBP employs about 1,100 scientists and staff in San Diego (La Jolla), Calif., and Orlando (Lake Nona), Fla. For more information, visit us at SBPdiscovery.org or on Facebook at http://www.facebook.com/SBPdiscovery and on Twitter @SBPdiscovery.