The prehistoric creature had a wingspan like a small plane, it could soar across oceans or continents and it expands our understanding of pterosaurs; it's called Frozen Dragon of the North 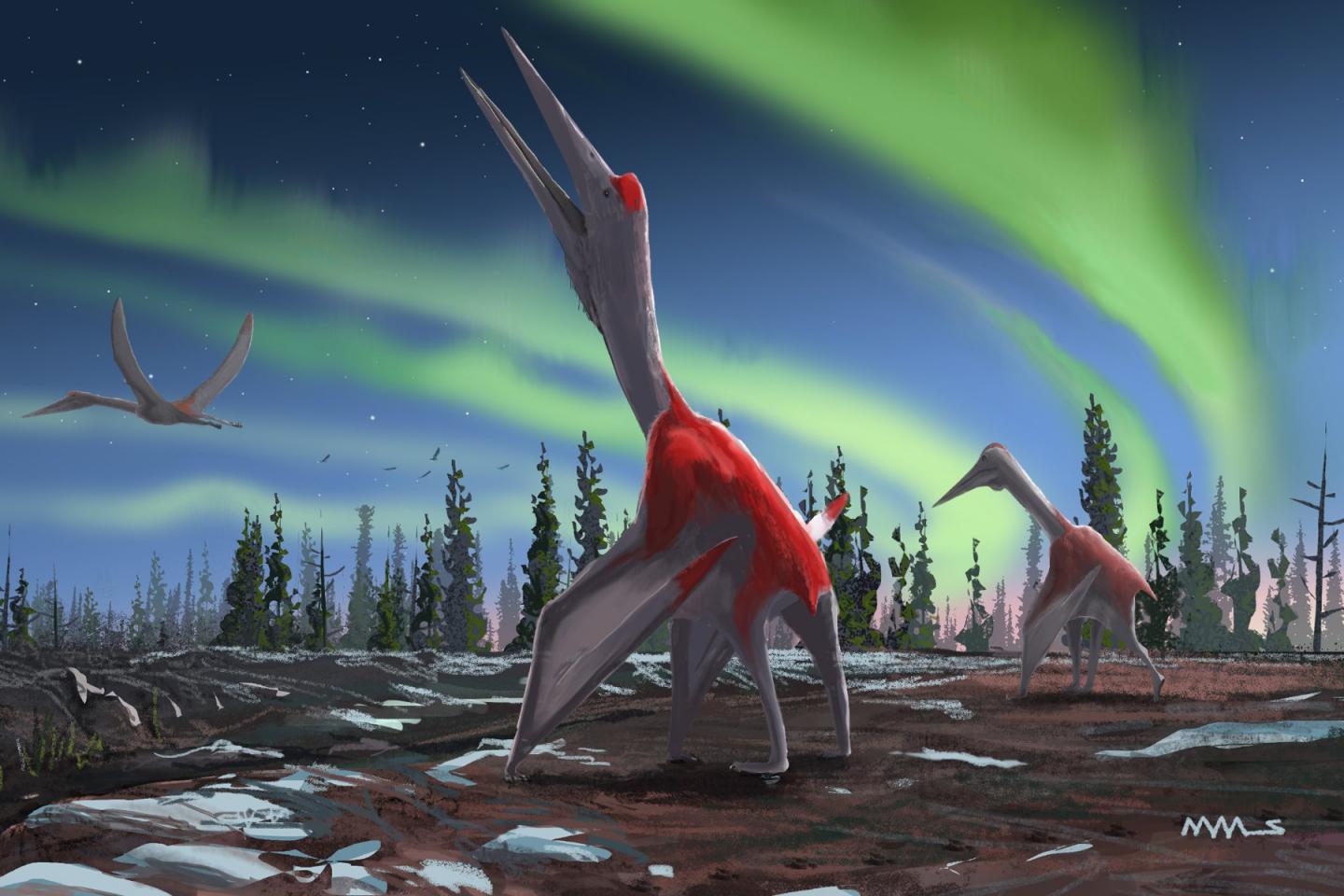 Fossil discovery shows new species of pterosaur, Cryodrakon boreas, that dominated the skies above North America about 75 million years ago.

Newswise — A USC scientist and colleagues have identified a new species of giant flying reptile that once soared over what is now North America.

The creature is similar to the largest pterosaurs known, yet key characteristics gleaned from a cache of bones unearthed in Canada show it's actually part of a new genus and species. The scientists call it Cryodrakon boreas, or Frozen Dragon of the North.

"These are among the most popular and charismatic of all fossil animals," said Michael Habib, assistant professor of Integrative Anatomical Sciences at the Keck School of Medicine of USC and research associate at the Dinosaur Institute of the Natural History Museum of Los Angeles County. "They have been inspiration for countless movie monsters, they were critical parts of global ecosystems worldwide during the Age of Dinosaurs, so they are key to understanding the ecology and extinctions of that time, and, just like flying animals today, they could carry important clues about how animals at the time responded to major changes in climate."

The findings are reported today in Journal of Vertebrate Paleontology.

Paleontologists have been collecting pterosaur bones from Dinosaur Provincial Park in southern Alberta since 1972. Typically, those bones date to the late Cretaceous epoch between 76.9 and 75.8 million years ago and represent azhdarchid (as-DAR-kid) pterosaurs. They included the biggest flying creatures ever, with a wingspan of 30 feet and weighing 500 pounds, capable of sailing across continents and oceans. Even the smallest species had wingspans of the largest living albatross.

Yet, azhdarchids are known primarily from limited and fragmentary remains, which makes them difficult to classify or understand their behavior and biology. Sometimes they are grouped as Quetzalcoatlus or Zhejiangopterus, giant flying reptiles found in Texas and China, respectively, and beyond.

Amid this uncertainty, the researchers behind the new study identified a new species, which they say could account for some of the previous discrepancies in pterosaur remains coming from the Canadian badlands and around the world.

Habib and colleagues from Canada and the United Kingdom examined a collection of bones comprising much of a skeleton. The fossils are better preserved than other azhdarchid fossils. The scientists noted key differences in the shape of vertebrae, cervical bones and leg bones. These would have affected the spinal column, shape of the legs and size of the creature, the study says.

"This type of pterosaur (azhdarchids) is quite rare, and most specimens are just a single bone. Our new species is represented by a partial skeleton. This tells us a great deal about the anatomy of these large flyers, how they flew, and how they lived," Habib said.

From these findings, the scientists conclude that Cryodrakon was about the same size, and looked similar to Quetzalcoatlus, but was likely heavier and more robust. That's an important finding because it challenges classic reconstructions of these animals as ultralight soaring specialists. Instead, Cryodrakon may have been extra-muscular ground hunter that used flight to burst away from danger.

"This particular group of pterosaurs includes the largest flying animals of all time. Their anatomy holds important clues about the limits of animal flight and may be important in the future for biologically inspired mechanical design for flight," Habib said.

The study authors are Habib of USC and David W. E. Hone of the School of Biological and Chemical Sciences, Queen Mary University of London, U.K.; and Francois Therrien of the Royal Tyrrell Museum of Palaeontology, Drumheller, Alberta, Canada.