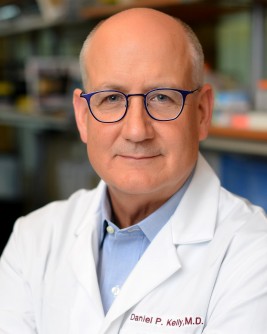 “Our new study shows that a protein called MondoA may serve as a key link between insulin resistance and accumulation of fat in muscle, which occurs in obesity-related diabetes,” said Daniel P. Kelly, M.D., professor and director of SBP’s Center for Metabolic Origins of Disease. “This study is the first step towards testing MondoA-targeted drugs to prevent type 2 diabetes in pre-clinical studies.”

About 8% of Americans have type 2 diabetes, and another 25% of the population is at risk because of obesity. Type 2 diabetes is a lifelong disease that represents an enormous public health burden, accounting for as much as 20% of all healthcare costs in the US. A significant proportion of those costs result from complications of diabetes, including damage to the kidneys, peripheral nerves, and retinas.

The precursor to type 2 diabetes is insulin resistance, in which insulin no longer causes the body’s cells to take up the glucose from a meal and use it for energy. This leads to diabetes because glucose continues to circulate in the blood, stimulating the pancreas to make more and more insulin, which eventually becomes so taxing that the insulin-producing cells die.

Kelly’s team focused on skeletal muscle because it’s the main insulin-responsive tissue in the body. An early marker of insulin resistance is the accumulation of fat in muscle, along with decreased import of glucose, so they examined whether these two processes are linked. To find a protein that regulates both, they screened thousands of molecules for their ability to block fat synthesis and enhance glucose uptake in muscle cells.

“Investigating the cellular effects of SBI-477, the best hit molecule from our screen, led us to MondoA,” added Kelly. “Our experiments showed that this protein regulates genes involved in synthesizing fats as well as inhibiting insulin signaling.”

“Until now, it wasn’t clear why people who are insulin resistant accumulate fat in their muscle,” he explained. “These results show that MondoA is one mechanism that ties these phenomena together, serving as a gatekeeper for fuel burning in muscle.”

The researchers went on to demonstrate that SBI-477 also enhances glucose uptake in liver cells, suggesting that a MondoA blocker may have this effect on multiple tissues. Further, it mitigates insulin resistance in mice fed a high-fat diet.

“We think that MondoA normally responds to oversupply of glucose by inhibiting transport of glucose into cells and enhancing its conversion to fat, but persistent activation promotes insulin resistance,” Kelly said.

Kelly and his collaborators next plan to develop better molecules that inhibit MondoA.

“Directly enhancing glucose uptake by muscle and other tissues is a very different strategy from those of other anti-diabetic drugs in development. Since this action would favor energy burning, it may also have beneficial effects on overall metabolism and body weight.”

This research was supported by a grant from the National Institutes of Health (R01 DK045416).

About SBPSanford Burnham Prebys Medical Discovery Institute (SBP) is an independent nonprofit medical research organization that conducts world-class, collaborative, biological research and translates its discoveries for the benefit of patients. SBP focuses its research on cancer, immunity, neurodegeneration, metabolic disorders and rare children’s diseases. The Institute invests in talent, technology and partnerships to accelerate the translation of laboratory discoveries that will have the greatest impact on patients. Recognized for its world-class NCI-designated Cancer Center and the Conrad Prebys Center for Chemical Genomics, SBP employs about 1,100 scientists and staff in San Diego (La Jolla), Calif., and Orlando (Lake Nona), Fla. For more information, visit us at SBPdiscovery.org or on Facebook at http://www.facebook.com/SBPdiscovery and on Twitter @SBPdiscovery.