Scientists Explain How Memories Stick Together 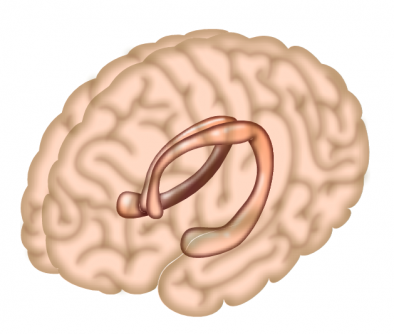 The hippocampus is a region of the brain largely responsible for memory formation. 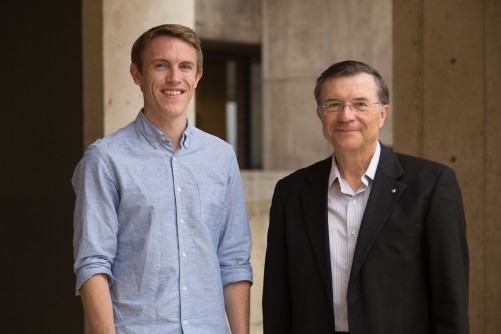 Newswise — LA JOLLA—Scientists at the Salk Institute have created a new model of memory that explains how neurons retain select memories a few hours after an event.

This new framework provides a more complete picture of how memory works, which can inform research into disorders liked Parkinson’s, Alzheimer’s, post-traumatic stress and learning disabilities.

"Previous models of memory were based on fast activity patterns,” says Terry Sejnowski, holder of Salk’s Francis Crick Chair and a Howard Hughes Medical Institute Investigator. “Our new model of memory makes it possible to integrate experiences over hours rather than moments.”

Over the past few decades, neuroscientists have revealed much about how long-term memories are stored. For significant events—for example, being bit by a dog—a number of proteins are quickly made in activated brain cells to create the new memories. Some of these proteins linger for a few hours at specific places on specific neurons before breaking down.

This series of biochemical events allow us to remember important details about that event—such as, in the case of the dog bite, which dog, where it was located, if it required an emergency room visit, and so on.

One problem scientists have had with modeling memory storage is explaining why only selective details and not everything in that 1-2 hour window is strongly remembered. By incorporating data from previous literature, Sejnowski and first author Cian O’Donnell, a Salk postdoctoral researcher, developed a model that bridges findings from both molecular and systems observations of memory to explain how this 1-2 hour memory window works. The work is detailed in the latest issue of Neuron.

Using computational modeling, O’Donnell and Sejnowski show that, despite the proteins being available to a number of neurons in a given circuit, memories are retained when subsequent events activate the same neurons as the original event. The scientists found that the spatial positioning of proteins at both specific neurons and at specific areas around these neurons predicts which memories are recorded. This spatial patterning framework successfully predicts memory retention as a mathematical function of time and location overlap.

“One thing this study does is link what’s happing in memory formation at the cellular level to the systems level,” says O’Donnell. “That the time window is important was already established; we worked out how the content could also determine whether memories were remembered or not. We prove that a set of ideas are consistent and sufficient to explain something in the real world.”

The new model also provides a potential framework for understanding how generalizations from memories are processed during dreams.

While much is still unknown about sleep, research suggests that important memories from the day are often cycled through the brain, shuttled from temporary storage in the hippocampus to more long-term storage in the cortex. Researchers observed most of this memory formation in non-dreaming sleep. Little is known about if and how memory packaging or consolidation is done during dreams. However, O’Donnell and Sejnowski’s model suggests that some memory retention does happen during dreams.

“During sleep there’s a reorganizing of memory—you strengthen some memories and lose ones you don’t need anymore,” says O’Donnell. “In addition, people learn abstractions as they sleep, but there was no idea how generalization processes happen at a neural level.”

By applying their theoretical findings on overlap activity within the 1-2 hour window, they came up with a theoretical model for how the memory abstraction process might work during sleep.

About the Salk Institute for Biological Studies: The Salk Institute for Biological Studies is one of the world's preeminent basic research institutions, where internationally renowned faculty probe fundamental life science questions in a unique, collaborative, and creative environment. Focused both on discovery and on mentoring future generations of researchers, Salk scientists make groundbreaking contributions to our understanding of cancer, aging, Alzheimer's, diabetes and infectious diseases by studying neuroscience, genetics, cell and plant biology, and related disciplines. 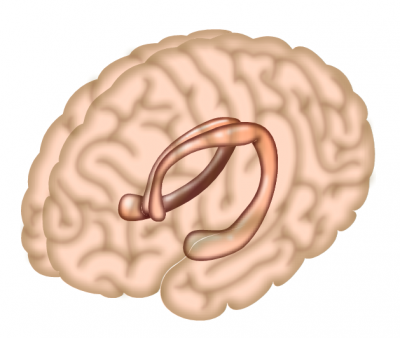 Caption: The hippocampus is a region of the brain largely responsible for memory formation. 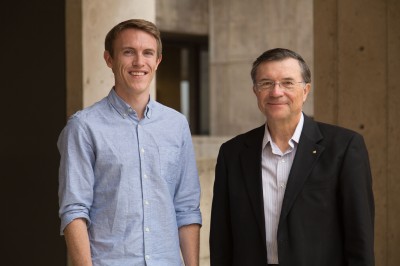