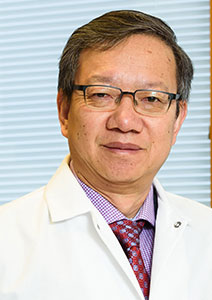 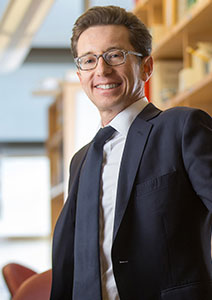 By using chemically modified lipids—instead of the viruses most commonly used as carriers—Stargardt disease did not return in animal models for up to eight months after treatment, said lead researcher Zheng-Rong Lu, the M. Frank Rudy and Margaret Domiter Rudy Professor of Biomedical Engineering at the Case School of Engineering, with a dual appointment at the School of Medicine.

Lu’s research, recently published in the journal Molecular Therapy, was funded in part through a Gund-Harrington Scholar grant, a partnership between Harrington Discovery Institute at University Hospitals and the Foundation Fighting Blindness.

The research may give some hope to people with Stargardt disease, an inherited disorder of the retina also known as “macular dystrophy” or “juvenile macular degeneration” because it often surfaces during childhood or adolescence.

Although individuals with Stargardt disease rarely go completely blind, they progressively lose vision in both eyes, become very sensitive to light and, in some cases, develop color blindness.

“We’re really excited because there is a potential to help people with Stargardt,” Lu said. “But we believe this success could also apply to other disorders as a platform therapy for delivering other genes through the use of the lipids.”

Lipids are simple organic compounds, or fatty acids, that are insoluble in water, including various natural oils, waxes and steroids.

“Because they are basically unsaturated oil, the likelihood of damage to the eye is low, which isn’t always true with the viral gene therapy,” Lu said.

“There are a lot of researchers trying to figure out how to treat this disease right now with little success,” Lu said. “The best hope is gene therapy.”

Gene therapy is the technology in which genetic material is introduced into cells by an engineered carrier to compensate for abnormal genes or to make a beneficial protein.

The most successful gene therapy carriers so far have been certain viruses (the AAV, or adeno-associated virus, especially) because they can deliver the new gene by “infecting” the target cell.

But the Stargardt-associated gene, known as the ABCA4 gene, turns out to be too large to fit within that popular virus, Lu said.

Lu said other researchers have attempted to remedy that problem by splitting ABCA4  into pieces and then trying to reassemble it inside the eye—with limited success.

Other researchers have modified a larger virus to carry ABCA4 into the eyes, a technology tested in human trials as far back as 2011, but which still hasn’t been fully commercialized.

He said he and his collaborators have also already met with investors to expedite the commercialization of the platform used for Stargardt.

Further, this gene therapy product could be classified as an “orphan drug” by the U.S. Food and Drug Administration (FDA) because Stargardt is a rare disease, increasing the likelihood of faster FDA approval after clinical trials, Lu said.

The non-viral gene therapy is also much more cost-effective for production than the virus-based therapy and has a potential to significantly reduce the high price of gene therapy in the eye, he said.

“We think that within two to three years we could really be helping people after further demonstration of its safety and efficacy,” Lu said.

The Harrington Discovery Institute at University Hospitals in Cleveland, OH—part of The Harrington Project for Discovery & Development—aims to advance medicine and society by enabling our nation’s most inventive scientists to turn their discoveries into medicines that improve human health. The institute was created in 2012 with a $50 million founding gift from the Harrington family and instantiates the commitment they share with University Hospitals to a Vision for a ‘Better World’.

The Harrington Project for Discovery & Development