Should People with Epilepsy Ever Stop Taking Medication?

3-Feb-2020 8:05 AM EST, by International League Against Epilepsy
favorite_border 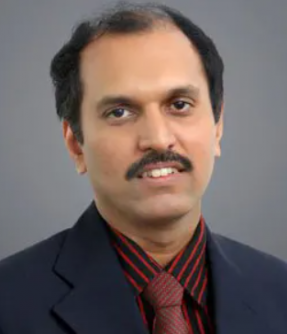 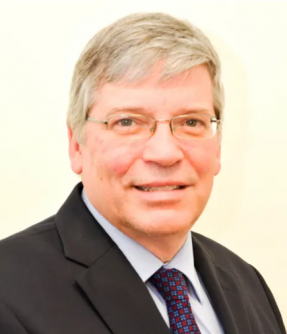 After years without seizures, many people want to try stopping their medication.  Some of them will stay seizure free, and some won’t.

Predicting who might safely come off medication and who should continue taking it is part science, part art and part personal preference. Some believe that anyone diagnosed with epilepsy should take medication for the rest of their lifetime; others say it’s clear that not all epilepsy is lifelong, and taking unnecessary medication for decades can be a physical, financial and psychological burden.

“There is certainly a group that benefits from medication withdrawal. Who are those patients and how do we identify them?” asked K.P. Vinayan, from the Amrita Institute of Medical Sciences in Kerala. Vinayan spoke during a debate at the ILAE International Congress in Bangkok focused specifically on tapering medication in people with adult-onset focal epilepsy with a known cause.

Alejandro De Marinis, University of Chile, represented the other side of the issue. “We have no idea when we should be taking someone off medication, or even if we should,” he said.

Because of the variety of epilepsy types and patient characteristics, studies on stopping medication tend to combine heterogenous groups. One study might include adult-onset and pediatric onset epilepsy, generalized and focal epilepsy, and adults and children.

Randomized, double-blind studies—while considered the gold standard of evidence—are ethically compromising. Both physicians and people with epilepsy generally have strong opinions about whether to continue or stop medication, which could affect compliance. In addition, there’s general agreement that certain subgroups of people with epilepsy need to continue their medication for life.

Only two randomized studies about the effects of stopping medication have been completed; one also was double-blind. That study, known as the Akershus study, found that people whose medication was stopped (through gradual dose tapering) did not have a greater risk for seizures in the following year, compared with people who stayed on their medication. Of the group that stopped medication, 15% had seizures, compared with 7% of the group that continued. But because each group included only about 70 people, statistics showed that the difference in risk could have been due to chance (RR=2.46, 95% CI 0.85-7.08, p=0.095).

A recent study from China focused specifically on people with adult-onset focal epilepsy. It categorized study participants by seizure-free period: 2 to 3 years, 3 to 4, 4 to 5, and more than 5. Unlike most studies, this one followed participants for up to 15 years after stopping medication.

“As a real-world cohort study lasting more than 10 years, this study provides evidence for patients who would like to consider withdrawing from medications after a long period of seizure freedom,” said author Xinshi Wang, First Affiliated Hospital of Wenzhou Medical University.

She noted that seizure relapse rates were likely higher in this study than in most others, due to the study population. “Quite a proportion of adult-onset focal epilepsy is caused by focal lesions, whether detectable or undetectable,” said Wang. “This will result in recurrent seizures if the lesions are not removed through surgery.”

Study participants were not randomized; they chose whether to stop or continue medication. More than 80% decided to continue treatment. Other studies of patient preference have found similar skews; for example, a survey in Macedonia found that 55% of seizure-free adults preferred to stay on their anti-seizure medication.

“Patients who have been seizure free for a long time are usually tolerant of the drugs they are taking,” said Wang. “And some are afraid that a witnessed seizure would lead to job loss or put them in a dangerous situation.”

Wang said some people in the study may have been reluctant to stop medication because they had risk factors for seizure relapse, such as symptomatic epilepsy or abnormalities on EEG.

On the other hand, some patients may strongly prefer to try stopping their medication, due to side effects, cost, or other issues.  This is another reason why clinicians must keep an open mind, said Vinayan, as they need to be involved in the process.

“If their physician is not willing to discuss this option with them, they may try to [stop taking medication] themselves,” she said. “This can be dangerous.”

Studies have found that between 34% and 88% of patients remained seizure free after stopping medication, which means that 12% to 66% had seizures. The wide range of estimates reflects diverse patient populations, study designs and follow-up times.

Only 15% of people had seizures in the Akershus study; however, that figure comes from the first year of follow-up. The study also had strict criteria that excluded people with certain risk factors for seizure relapse, such as juvenile myoclonic epilepsy or generalized epilepsy with abnormal EEG, as well as anyone taking more than one anti-seizure medication.

Over the years, studies have identified at least 25 factors associated with seizure risk after stopping medication. Eleven are included in an online risk estimator for health professionals. Based on a 2017 meta-analysis, the calculator estimates seizure risk two years and five years after medication is stopped.

If seizures are going to recur, research suggests they will do so in the first five years after stopping medication, with about two-thirds of recurrences happening in the first year.

If seizures come back, how easy is it to regain control? Again results vary, due to diverse study populations and varying years of follow-up. A re-analysis of the 1991 MRC data found that 95% regained seizure control at 1 year and 90% at 2 years. A 2005 review of 14 studies found that between 76% and 85% of people could regain seizure freedom after stopping medication. In general, there are people who may need years to regain seizure control, or who may never regain it.

How and why this “acquired drug-resistant epilepsy” happens is still unknown, but certain subgroups appear to be at risk: People whose seizures were difficult to control after diagnosis, people who have been seizure free for a shorter period of time, and people who have focal seizures after stopping medication have all been shown to also have difficulty regaining seizure control.

A lack of seizure control can damage independence and affect driving privileges, employment prospects and overall quality of life.

Continuing medications is a solution that avoids any concerns about re-establishing seizure control, said De Marinis. “Complete seizure control is the best therapeutic measure to improve quality of life,” he said during the debate. “So we should keep people on the drugs.”

However, continued seizure freedom while taking medication is not a guarantee. The two randomized studies saw seizure recurrence rates in people who continued their medication of 7% after 1 year (Akershus) and 22% after 2 years (MRC). Participants in both studies had been seizure free for at least the previous 2 years.

De Marinis cautioned that any discussion of stopping medication must provide full information and interpretation. "They will need to know the chances of having seizures again, and that there is a chance that if they have seizures, they may no longer be controlled with medication,” he said.

Vinayan concluded that the data support stopping medication in some people; the key is carefully selecting the ones with the lowest risk profile.

“Many of the studies are in very diverse groups, with varying age at epilepsy onset,” he said. Yet they seem to consistently show that after a few years, about half of people who stop taking medication remain seizure free.

“We are not giving half of these people the benefit of coming off their medicine,” Vinayan said. “Because we don’t yet know who they are.”

Because epilepsy surgery is meant to “cure” seizures, it may seem like a natural next step for someone to stop taking anti-seizure medication after surgery. Though this is generally true for children, some adults remain on medication for years post-surgery, though many end up on tapered doses or fewer drugs.

Clinicians have no randomized trials to guide decisions; trials are done with selected patient cohorts, which “represent a biased sample in which both physicians and patients felt comfortable enough to attempt [medication] withdrawal,” said Lara Jehi in a 2013 commentary .

She suggested that medication withdrawal after surgery may be something like a cardiac stress test for coronary artery disease: A tool to screen for underlying pathology.  However, she noted, until randomized controlled studies are done, this “stress test hypothesis” cannot be proven.

A 2015 meta-analysis calculated seizure-free rates of 71% after stopping medication after surgery. But a 2014 critical review estimated that only about 50% of “carefully selected” patients could successfully stop taking medication after temporal lobe surgery, and only about 25% could find success after extra-temporal surgery.

“For the most part, the decision to maintain the drugs was by the patient’s own wish, and not due to a doctor’s advice,” said study author Anna Stefansdottir, Copenhagen University Hospital.

“Perhaps the surgery allows them to decrease the medication doses and they reach a balance,” she said. “They are seizure free and their side effects have lessened. They’re happy with the results, even if they are still taking medication.”

Fear of relapse was the most commonly cited reason for continuing treatment. Because surgery can bring an end to years of seizures, it’s not surprising, said the authors, that people wouldn’t want to jeopardize that.

“When we discuss surgery, we tell patients that there will be an option to get off the medications,” said Anne Sabers, University of Copenhagen. “But maybe when a patient achieves seizure freedom after surgery, they don’t want to take that risk.”