Peggy Mason and Inbal Bartal talk about how rats will help strangers, but only ones of a type they have social experience with. 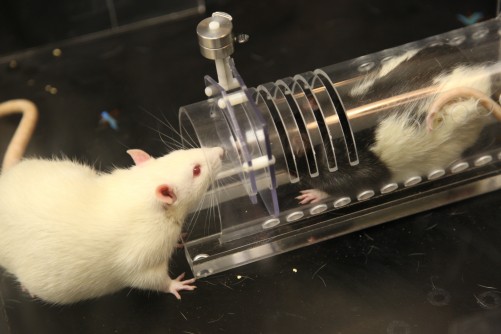 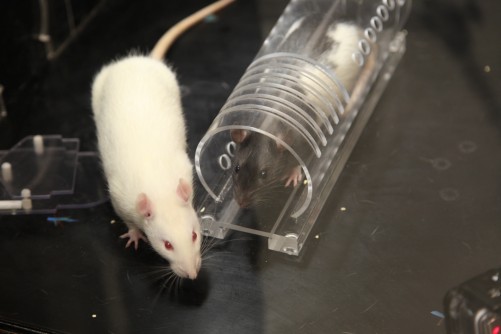 Newswise — Empathy-driven behavior has been observed in rats who will free trapped companions from restrainers. This behavior also extends toward strangers, but requires prior, positive social interactions with the type (strain) of the unfamiliar individual, report scientists from the University of Chicago in the open access journal eLife, on Jan. 14.

“Pro-social behavior appears to be determined only by social experience,” said Inbal Bartal, PhD, a post-doctoral fellow at the University of Chicago and lead author of the study “It takes diverse social interactions during development or adulthood to expand helping behavior to more groups of unfamiliar individuals. Even in humans, studies have shown that exposure to diverse environments reduces social bias and increases pro-social behavior.”

In 2011, a team led by Bartal and Peggy Mason, PhD, professor of neurobiology at the University of Chicago, discovered that rats exhibit empathy-like helping behavior. They found that rats consistently freed companions that were trapped inside clear restrainers, and this behavior was driven by a rat version of empathy.

To determine whether rats would behave similarly toward strangers, the researchers worked with two rat strains, one albino and the other with a black-hooded fur pattern. Free rats, which were always albino, were first tested with trapped albino strangers they had never previously interacted with, even by smell. They encountered a different stranger every day, once per day, for 12 days. Free rats quickly became consistent openers for these albino strangers.

To see if a rat could be motivated to help a stranger of a different strain, albino rats were housed for two weeks with a black-hooded rat, and then re-housed with another albino rat before being tested with black-hooded strangers. These rats, which had known only one black-hooded individual during their lifetimes, freed trapped black-hooded strangers. These tests suggest that rats do not need to be familiar with an individual to display empathy-driven helping behavior, but that they do need to be familiar with the strain of a rat.

To determine if this strain familiarity is needed for a rat’s own strain, newborn albino rats were fostered with black-hooded mothers and littermates. These albino rats were raised in an environment in which they were denied any exposure to rats of their own strain. When tested, these rats helped trapped black-hooded strangers but not albino strangers.

“Rats are apparently able to categorize others into groups and modify their social behavior according to group membership,” Bartal said. “Genetic similarity or relatedness to another individual really has no influence at all.”

“Rats are not born with an innate identity or motivation to help their own type,” Mason said. “It’s only through social interactions that they form bonds that elicit empathy and motivate helping. There are no mirrors in nature, so what they see forms their identity.”

With these behavioral patterns established in an animal model, the researchers are optimistic the underlying biological mechanisms of helping and group categorization can be explored, and that these results can inform future studies in other social species, including humans.

“Exposure to and interaction with different types of individuals motivates them to act well toward others that may or may not look like them,” added Mason. “I think these results have a lot to say about human society.”

The paper, titled “Pro-social behavior in rats is modulated by social experience” (DOI: 10.7554/eLife.01385.001), was supported by the National Institutes of Health. Additional authors include David A Rodgers, Maria Sol Bernardez Sarria and Jean Decety. 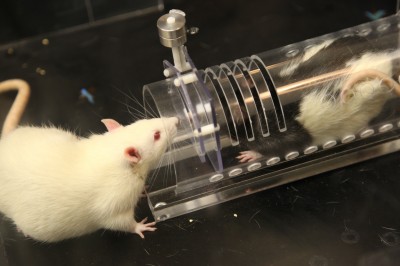 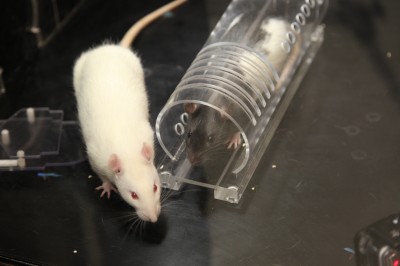