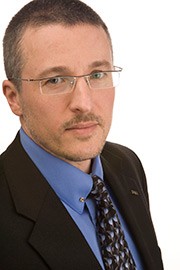 Newswise — Despite the high cost of advertising during the Super Bowl — commercial time has sold for upwards of $3 million per 30-second ad — the big game continues to attract sponsors interested in reaching a vast audience for their products.

Marketing expert Scott Hamula says those sponsors are also finding more ways than ever to expand that audience through the use of social media.

“It’s likely that Super Bowl XLV will have more ads directing viewers online than ever before as marketers look for greater ROE — return on engagement,” said Hamula.

“In a tough economy, marketers more than ever scrutinize their advertising. They want to know what’s working and what’s not. CEOs, COOs, CFOs and CMOs like numbers. So, short of using elusive sales figures, ads that drive traffic to a microsite or that get consumers talking online are valued because they are immediately accountable. Ad agencies can say, ‘Look, this campaign is successful! We got x number of hits at our site or “likes” on our brand’s Facebook page.’ Plus, brands get the added benefit of interacting with consumers in some sort of virtual experiential environment which could result in a strong ROE for the ad dollars spent.”

An associate professor of integrated marketing communications in the Roy H. Park School of Communications at Ithaca College, Hamula points out that advertisers begin making connections with viewers way before kickoff. Pepsi, for example, is using the Internet to engage consumers with an opportunity to view five consumer-created Doritos and five Pepsi Max ads and vote on which will air during the Super Bowl.

“It’s fascinating how a marketer can drive traffic to a website and have people attentively watch just commercials!”

Hamula says that advertisers appear to be bullish on the February 6 game, which will be televised by Fox, as ad inventory sold out quicker than in recent years. He notes that some advertisers who cut back in the past are returning (BMW), and with a vengeance (Pepsi). Some newcomers to the Super Bowl include Groupon, Best Buy, Pizza Hut and CarMax. For the first time in about a decade, the big three Detroit automakers — General Motors, Chrysler and Ford — are all buying time.