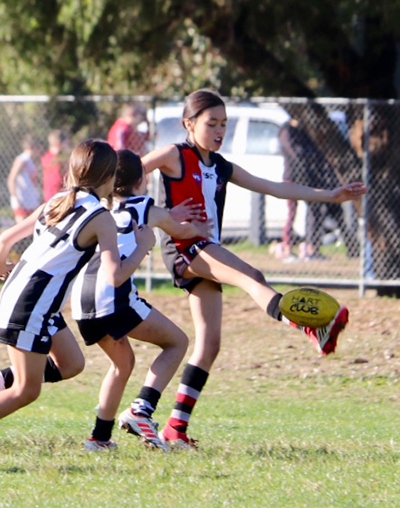 Newswise — Conducted in partnership with the University of Sydney and the University of Technology Sydney, the world-first study found that Aboriginal and Torres Strait Islander children who played organised sports every year over four years, had numeracy skills which were advanced by seven months, compared to children who did less sport.

Sports participation has been linked with better cognitive function and memory in many child populations, but this is the first study to confirm the beneficial association between ongoing involvement in sport and academic performance among Aboriginal and Torres Strait Islander children.

“Playing sport has always had strong cultural importance to Aboriginal and Torres Strait Islanders, so understanding how sports can boost numeracy among Indigenous children is a valuable step towards improving health and reducing disadvantage,” Dr Dumuid says.

“When children play sport, they’re learning the social structures of a team, how to work within rules, how to focus their attention, and key strategies for success.

“Interestingly, when children play sport, they’re not only activating parts of the brain that are involved in learning, but they’re also inadvertently practising mathematical computations such as ‘how much time is left in the game?’ and ‘how many points do we need to win?’, and it’s this that may well be contributing to improved numeracy.”

Aboriginal and Torres Strait Islanders comprise a relatively large proportion of athletes in Australia’s leading sports teams. While only representing about three percent of the population, they make up nine percent of AFL players, and 22 per cent of State of Origin players.

Encouraging sports in Aboriginal and Torres Strait Islander communities could have many other benefits for health and wellbeing, says co-researcher and Professor of Indigenous Health Education at UTS, John Evans.

“This is especially important for people living in rural and remote areas where opportunities for social interaction and structured activities can be limited.

“If we can find ways to encourage greater participation among Aboriginal and Torres Strain Islander communities, while removing key barriers – such as financial costs and lack of transport – we could promote healthier living, more cohesive societies while also and boosting academic performance among Indigenous children.”