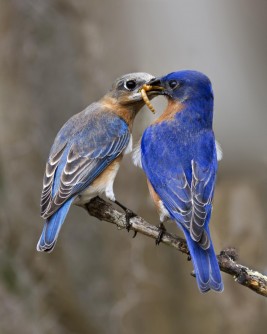 Eastern Bluebirds may have their cavity nests taken over by non-native species. 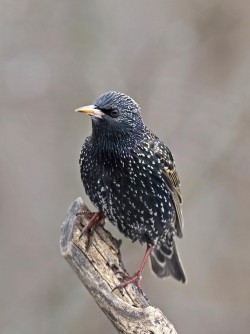 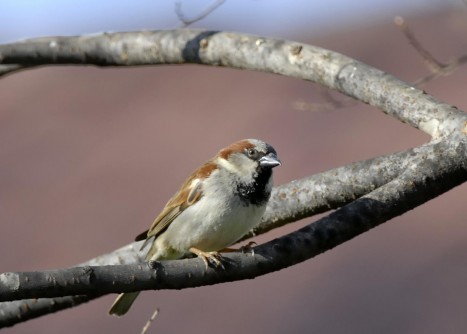 Newswise — Ithaca. N.Y.—A new study from scientists at the Cornell Lab of Ornithology examines public attitudes toward non-native bird species and whether people are willing to manage them to protect native cavity-nesting birds, such as Eastern Bluebirds and the American Kestrel. The findings are published in the Journal of Environmental Management.

“We examined the association between participating in the Cornell Lab’s NestWatch citizen-science project and enjoyment, knowledge, and management of two non-native species—the European Starling and the House Sparrow,” says lead author Tina Phillips.

The researchers surveyed nearly 1,000 people who monitor nest boxes in the United States and Canada, 30% of whom were also reporting their observations to NestWatch, a citizen-science project focused on nesting birds.

“We found that NestWatch participants were more likely to have negative views of non-native species, score higher on bird identification tasks, and to manage for invasive species than non-participants,” says Robyn Bailey, NestWatch project leader.

Survey respondents were also more likely to undertake management practices if they believed non-native birds were a continental-wide problem, underscoring the important role of individual factors such as perception.

The researchers conclude that an informed and engaged public can play an important role in reducing the negative effects of non-native species on native cavity-nesting birds. The study also highlights the important role regular monitoring through citizen science may play in shaping attitudes and behaviors and increasing knowledge.