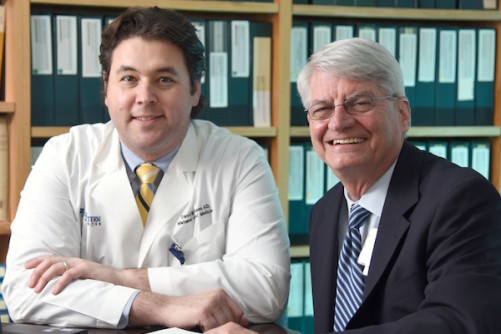 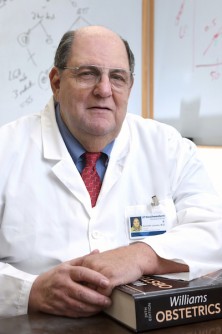 Newswise — DALLAS – March 14, 2017 – A drug commonly prescribed to pregnant women with a history of delivering babies early provides no benefit. In fact, this drug may even increase the risk of developing gestational diabetes.

These are the conclusions of a UT Southwestern Medical Center study recently published online in the American Journal of Obstetrics and Gynecology.

“Our study showed the drug to be ineffective, and it has a side effect,” said Dr. David Nelson, first author of the study and Assistant Professor of Obstetrics and Gynecology at UT Southwestern.

The drug, a synthetic progestogen hormone called 17-alpha hydroxyprogesterone caproate, also known by the brand name Makena, was approved by the Food and Drug Administration in 2011 to treat women at risk of delivering a second premature baby. The FDA gave the drug accelerated approval in part due to findings in a 2003 study published in The New England Journal of Medicine that the drug reduced the likelihood of a repeat preterm delivery.

Both the American College of Obstetricians and Gynecologists and the Society for Maternal-Fetal Medicine have endorsed use of the drug.Despite these recommendations, Makena has been a source of debate in the Ob/Gyn community – both because of the drug’s cost and due to questions raised about the 2003 findings.

In the newly published UT Southwestern study, pregnant women treated at Parkland Memorial Hospital, a publicly funded hospital affiliated with UT Southwestern, were offered the drug 17-alpha hydroxyprogesterone caproate (17-OHPC) if they had a prior history of premature births and were carrying a single fetus. The research took place from 2012 to 2016 and followed 430 women treated with the drug.

Of the women in the study group who took the drug, 25 percent had a premature birth. (In this study “premature” was defined as an infant born before or at 35 weeks gestation instead of the average of 40 weeks.) That compared with a 16.8 percent preterm birth rate in the historical nondrug group. According to Dr. Nelson, a Dedman Family Scholar in Clinical Care, the differences between the two outcomes are not statistically significant.

In a second finding, the rate of gestational diabetes was 13.4 percent in women treated with 17-OHPC, compared with 8 percent in the historical group. Gestational diabetes often goes away after the birth, Dr. Nelson said, and therefore is not usually a serious problem for the mother. However, it can lead to deliveries of larger babies and increased chances for cesarean sections and other birth complications.

Earlier research findings on the benefit of 17-OHPC have been mixed, said Dr. Kenneth Leveno, senior author of the study and Professor of Obstetrics and Gynecology at UT Southwestern. Regardless, the 2003 study led to widespread use of the drug for women at risk of preterm birth who were carrying a single baby.

However, there were concerns. Some professionals pointed to the fact that the control group in the 2003 study – women who had not been given the drug – had an unexpectedly high recurrent preterm birth rate of 55 percent. Also, the 2003 study had to be completed in two phases after problems were reported with the production of 17-OHPC.In addition, many complaints centered on the drug’s price. Before the FDA’s approval for KV Pharmaceutical (now Lumara Health) to market the drug, it was often bought at compounding pharmacies, which produced the injectable medication on-site, charging about $10 to $25 for a weekly dose. Four days after winning FDA approval, KV Pharmaceutical announced it would charge $1,500 per dose.

“The cost of the drug created a firestorm in our industry,” Dr. Leveno said. “I don’t remember a time in my life when a company charged $1,500 for an injectable drug that you could go around the corner and buy for $25.”In response, the FDA rejected KV Pharmaceutical’s request for exclusive marketing of Makena, instead allowing compounding pharmacies to continue making and selling the generic version.

A portion of this study was sponsored by the National Center for Advancing Translational Sciences of the National Institutes of Health. Additionally, members of this research team were supported by the Parkland Hospital Obstetric Research Center.

UT Southwestern, one of the premier academic medical centers in the nation, integrates pioneering biomedical research with exceptional clinical care and education. The institution’s faculty includes many distinguished members, including six who have been awarded Nobel Prizes since 1985. The faculty of almost 2,800 is responsible for groundbreaking medical advances and is committed to translating science-driven research quickly to new clinical treatments. UT Southwestern physicians provide medical care in about 80 specialties to more than 100,000 hospitalized patients and oversee approximately 2.2 million outpatient visits a year.### 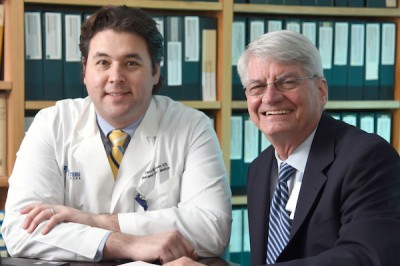 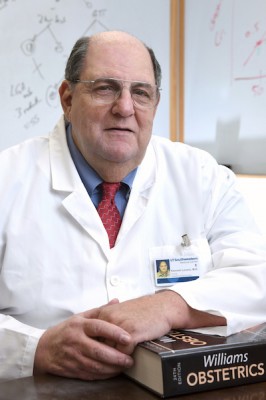