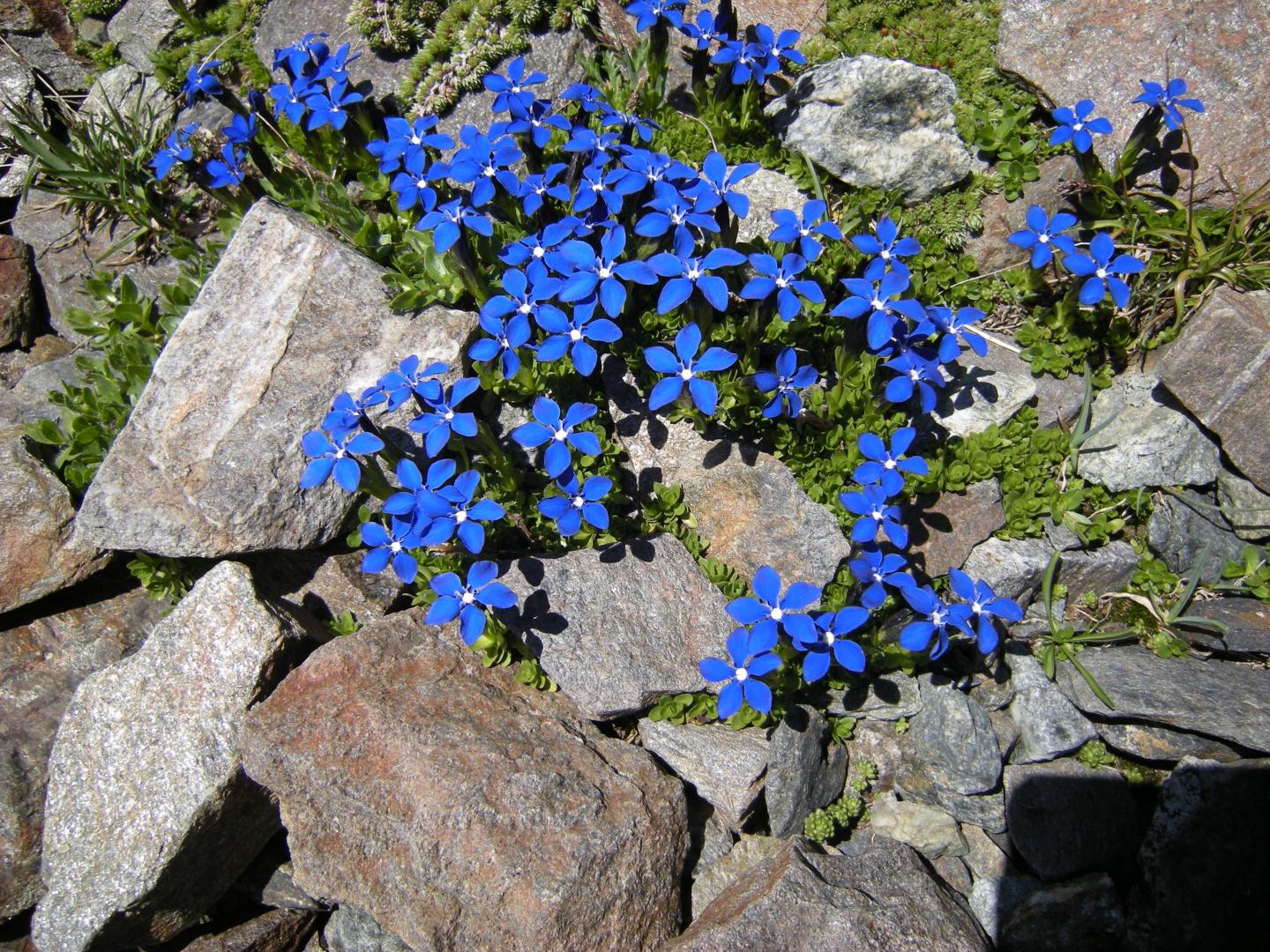 One of the plant species, Gentinana nivalis, found to attract more than its share of research attention.

Newswise — New Curtin University research has found a bias among scientists toward colourful and visually striking plants, means they are more likely to be chosen for scientific study and benefit from subsequent conservation efforts, regardless of their ecological importance.

Co-author John Curtin Distinguished Professor Kingsley Dixon from Curtin's School of Molecular and Life Sciences was part of an international team that looked for evidence of an aesthetic bias among scientists by analysing 113 plant species found in global biodiversity hotspot the Southwestern Alps and mentioned in 280 research papers published between 1975 and 2020.

Professor Dixon said the study tested whether there was a relationship between research focus on plant species and characteristics such as the colour, shape and prominence of species.

"We found flowers that were accessible and conspicuous were among those that were most studied, while colour also played a big role," Professor Dixon said.

"Blue plants, which are relatively rare, received the most research attention and white, red and pink flowers were more likely to feature in research literature than green and brown plants.

"Stem height, which determines a plant's ability to stand out among others, was also a contributing factor, while the rarity of a plant did not significantly influence research attention."

Professor Dixon said plant traits such as colour and prominence were not indicators of their ecological significance, and so the 'attractiveness bias' could divert important research attention away from more deserving species.

"This bias may have the negative consequence of steering conservation efforts away from plants that, while less visually pleasing, are more important to the health of overall ecosystems," Professor Dixon said.

"Our study shows the need to take aesthetic biases more explicitly into consideration in experimental design and choice of species studied, to ensure the best conservation and ecological outcomes."