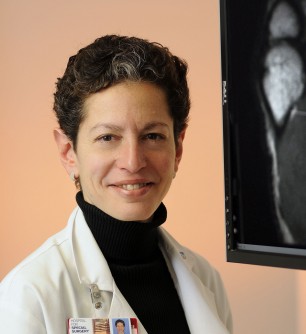 Newswise — A new study finds that genetic testing can help determine the safest dose of the blood thinner warfarin, with fewer side effects, in patients undergoing joint replacement surgery.

Warfarin, commonly known as Coumadin, is frequently used to prevent a life-threatening blood clot. It is often prescribed to people having hip or knee replacement surgery, as well as to individuals with certain heart conditions that leave them vulnerable to a stroke.

Despite its decades-long use, determining the correct dose can be difficult. The drug affects people differently, and genetics come into play. Too much warfarin can cause internal bleeding, while an inadequate dose fails to prevent blood clots. Over the last 10 years, warfarin has led to more medication-related emergency room visits among older adults than any other drug.

The new warfarin study, published in the Journal of the American Medical Association on September 26, found that customizing the blood thinner to a patient’s genetic profile helps determine the optimal dose, reducing the risk of major bleeding, blood clots and a warfarin overdose.

“Warfarin is very effective in preventing blood clots, but it’s very difficult to regulate,” explains Anne R. Bass, MD, a rheumatologist at Hospital for Special Surgery (HSS) in New York City and study co-author. “About half of the population, because of genetic variants, is very sensitive to warfarin or has a very unpredictable or delayed response to the drug. This is the first study to show that adjusting the dose based on these genetic variants makes warfarin safer for patients.”

The multicenter clinical trial, known as GIFT (The Genetic Informatics Trial of Warfarin to Prevent Deep Venous Thrombosis) was funded by the National Institutes of Health. Brian F. Gage, MD, a professor of Medicine at Washington University School of Medicine, served as principal investigator. Hospital for Special Surgery had the highest number of study participants — almost 1,000 joint replacement patients.

Investigators collected data on a total of 1,600 individuals age 65 and older undergoing hip or knee replacement surgery. Patients were randomly assigned to one of two groups. One group received warfarin dosing based on clinical factors known to affect warfarin dose such as age, height and weight, gender, race, and other medications; the second group’s dose was based on these factors plus genetic variants. The study zeroed in on genetic variants in three genes, and this genetic information helped guide warfarin dosing during the first 11 days of treatment.

Patients were monitored for bleeding, blood clots and warfarin overdose. Fifteen percent of the patients who were given warfarin in the traditional manner experienced at least one adverse effect, compared to only 11% patients whose warfarin dosing was guided by genetic testing, a statistically significant difference.

“This study is a poster child for personalized or precision medicine; that is, using genetics to target treatment to an individual,” Dr. Bass says. “The study shows that using genetic information increases the safety of this medication.”

Dr. Bass adds that although the study involved joint replacement patients, the findings have implications for other populations taking warfarin. “This was really a study addressing warfarin management and warfarin safety, so I think you can extrapolate the results to other patients taking this blood thinner, such as those with atrial fibrillation,” she notes. “A patient’s genetic information is most valuable when you’re initiating warfarin treatment.”

Researchers noted that although genetic testing is more expensive than dosing based on clinical factors alone, the cost is coming down. In the GIFT trial, genetic testing cost less than $200 per person.

About Hospital for Special Surgery

Hospital for Special Surgery (HSS) is the world’s leading academic medical center focused on musculoskeletal health. HSS is nationally ranked No. 1 in orthopedics and No. 3 in rheumatology by U.S. News & World Report (2017-2018), and is the first hospital in New York State to receive Magnet Recognition for Excellence in Nursing Service from the American Nurses Credentialing Center four consecutive times. HSS has one of the lowest infection rates in the country. HSS is an affiliate of Weill Cornell Medical College and as such all Hospital for Special Surgery medical staff are faculty of Weill Cornell. The hospital's research division is internationally recognized as a leader in the investigation of musculoskeletal and autoimmune diseases. HSS has locations in New York, New Jersey and Connecticut. For more information, visit www.hss.edu