7-Nov-2017 9:05 AM EST, by University of Texas Health Science Center at Houston
favorite_border 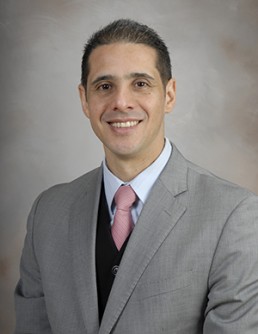 Newswise — HOUSTON – (Nov. 7, 2017) – The nearly simultaneous emergence of a gene responsible for producing carbapenemases - enzymes that kill the most powerful antibiotics used against life-threatening, multidrug-resistant bacterial infections - coupled with the introduction of a bacterial clone that spread between patients created the “perfect storm” that led to today’s antibiotic resistance epidemic in Colombia. Results of this study, led by investigators from The University of Texas Health Science Center at Houston (UTHealth), Universidad El Bosque and Case Western Reserve University, have been published in the Journal of Infectious Diseases.

Senior author Cesar Arias, M.D., Ph.D., professor and director of the Center for Antimicrobial Resistance and Microbial Genomics at McGovern Medical School at UTHealth, and his fellow researchers found that the epidemic began with what he described as a “promiscuous” carbapenemase gene that spread horizontally across a particular type of Gram-negative bacteria. The gene produced an enzyme that broke down powerful carbapenems, the “last-resort” reliable antibiotic drugs used to treat Gram-negative bacteria. The origin of the gene is still unknown, but it spread rapidly from patient to patient throughout the country.

Researchers sequenced the genomes of 133 samples of Klebsiella pneumoniae, a bacterium that can cause serious illness including bloodstream infections, wound infections, pneumonia and meningitis. The samples, recovered from 24 hospitals across Colombia, were collected between 2002 and 2014, before and after the emergence of carbapenem resistance in these organisms. Colombia has a high density of antibiotic-resistant organisms compared to other countries and like many others, is struggling to combat an epidemic.

To exacerbate the crisis, shortly after the spread of the gene, a bacterial clone carrying a similar antibiotic-killing gene was introduced into the country, most likely via an infected patient who traveled from the U.S., where the clone was already present. This bacterial lineage carried multiple antibiotic resistance determinants and quickly spread through person-to-person contact, as happened before in other countries.

“With the availability of these data, we could pinpoint the major drivers of the epidemic: when the first strain was identified, how it was disseminated and how it reached this level of epidemic,” said Arias, who is also director of the Center for Infectious Diseases at UTHealth School of Public Health.

The approach used in this paper could help Colombia and other countries working to combat antibiotic resistance.

“If you have a bacteria passing from one patient to another, you can enact very strict infection control measures to stop an epidemic,” said Arias. “But how do you stop a gene passing from bacteria to bacteria if you can’t see it? The dissemination of the gene was fueled by the overuse of antibiotics because it could not easily be treated.”

According to Arias, this approach could potentially help researchers and health care providers target specific clinical settings where the gene is being disseminated versus where the clone is and enact either infection control or antibiotic stewardship measures.

“By tracking the molecular epidemiology of an epidemic like this, Laura Rojas and the team uncovered important lessons that will help us combat other resistant bacteria,” said Robert A. Bonomo, M.D., coauthor on the paper and professor of medicine at the Cleveland VA Medical Center and Case Western Reserve University School of Medicine. Laura Rojas was first author on the paper and is a graduate student at Case Western Reserve University School of Medicine.