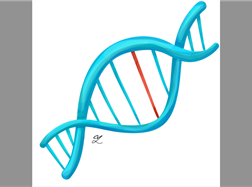 Newswise — A recent Yale study may have found a new way to fight brain cancer.

Researchers at the Yale School of Medicine’s Department of Therapeutic Radiology have identified a genetic defect in brain tumor cells that makes them sensitive to a class of drugs known as PARP inhibitors. The defect, a mutation of the IDH1 and IDH2 genes, impairs cancer cells’ ability to repair DNA, making them especially vulnerable. The study was published on Feb. 1 in the journal Science Translational Medicine.

“Basically, we used mechanistic biology to find a vulnerability of a fairly large percent of brain tumors to [a Food and Drug Administration-approved] drug that’s known to be safe,” said Parker Sulkowski GRD ’19, one of the co-first authors of the study.

According to Ranjit Bindra ’98 GRD ’05 MED ’07, a senior author of the study, researchers used a gene-targeting technology known as CRISPR/Cas9 to give cancer cells the specific IDH1/IDH2 mutation. After allowing these modified cells, known as a cell line, to grow, researchers ran a drug screen on them in order to figure out which drugs they were most sensitive to.

Bindra said that this method set up a “beautiful model” for the researchers to then screen for drugs active against cells with only the IDH mutation, because there were no other contaminating mutations that could be confounding events.

The drug screen found that the mutated cells were most sensitive to a type of drug called a PARP inhibitor. According to the study, these cells are vulnerable to this drug because they produce too much 2HG, a molecule known to promote the spread of cancer.

Overproduction of this molecule hinders a cell’s ability to repair DNA. Since PARP inhibitors block cells from being able to fix single-strand DNA breaks, the combination of the drug and 2HG render the cell incapable repairing DNA, leading to its destruction.

According to Bindra, this study may be turning the whole field of brain cancer treatment therapy on its head. As of now, most treatment methods are focused on stopping the production of the 2HG molecule within itself. The results of this study show, however, that brain tumors might be combated more effectively by exploiting the overproduction of 2HG, and using that to destroy cancerous cells.

Bindra described the results of the study as a potential “quantum leap” in the way that these tumors respond to therapy.

The study may also present a challenge to pharmaceutical companies in the long run. According to Bindra, many pharmaceutical companies are pushing drugs focused on stopping the production of 2HG, despite the fact that many of them seem to be ineffective. The motive for profits presents an inherent conflict of interest in the scientific concepts they are promoting, he added.

“These drugs are [going] 60 miles speed in one direction, and we’re telling them that not only do you need to stop the car, but you actually need to drive in the opposite direction,” Bindra said.

Moving forward, researchers hope to further investigate and implement the results of their study. According to Sulkowski, the next step is to understand the full mechanisms by which 2HG overproduction impairs DNA repair, and to move on to a clinical trial within a year.

According to the American Brain Tumor Association, more than 79,000 new cases of primary brain tumors are expected to be diagnosed this year.