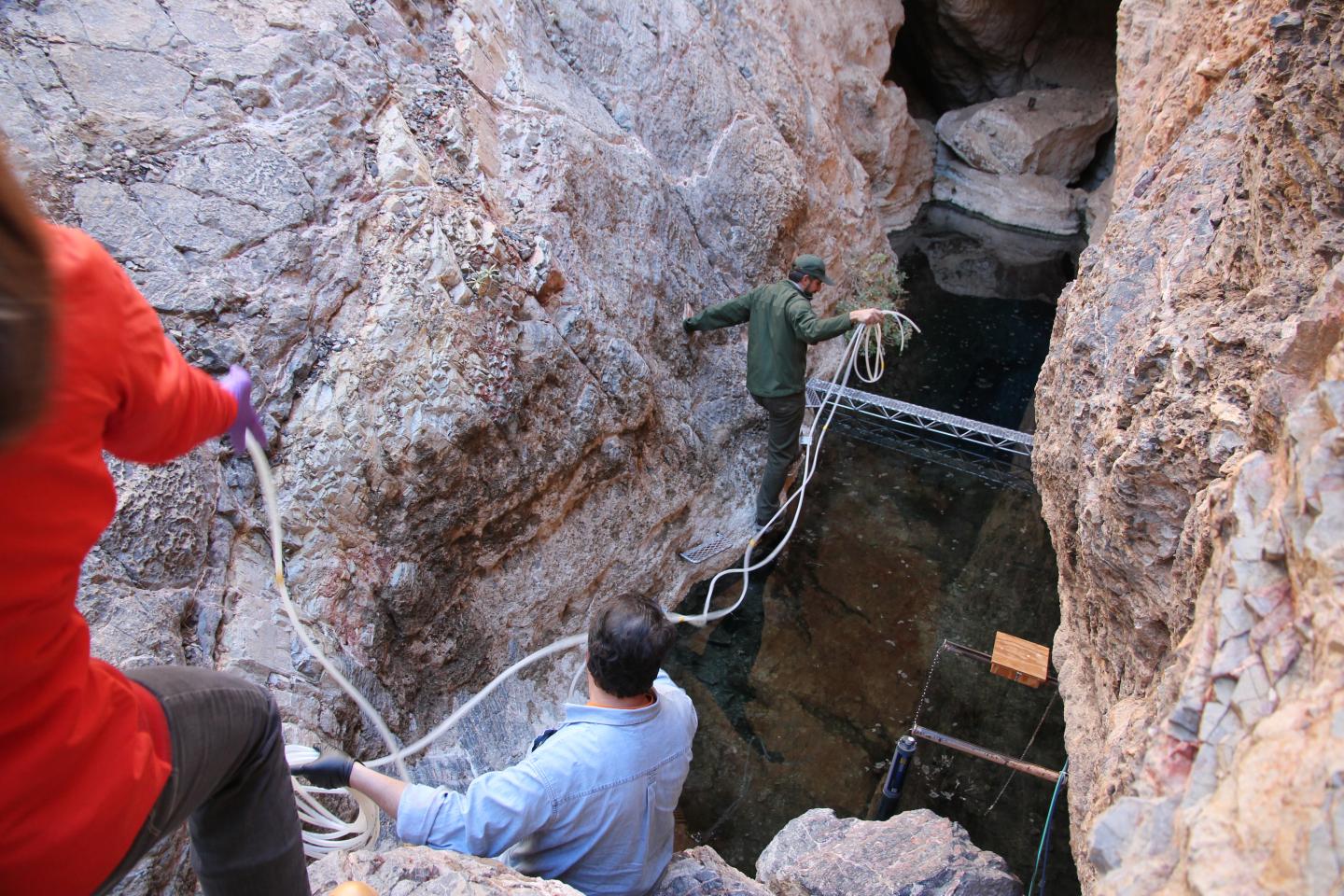 Newswise — A new scientific study has revealed unique life strategies of two major groups of microbes that live below Earth's surface. A publication in Frontiers in Microbiology reports that these groups, originally thought to rely on symbiotic relationships with other organisms, may also live independently and use an ancient mode of energy production.

"These microbes, which belong to the groups Patescibacteria and DPANN, are really special, really exciting examples of the early evolution of life," said Ramunas Stepanauskas, a senior research scientist at Bigelow Laboratory for Ocean Sciences and an author of the paper. "They may be remnants of ancient forms of life that had been hiding and thriving in the Earth's subsurface for billions of years."

Stepanauskas led a research team that used advanced molecular techniques and bioinformatics to analyze thousands of microbial genomes and learn about their evolutionary history. Reading their genetic code revealed that these two groups of abundant microbes lack the capability to breathe in order to synthesize ATP, the common energy currency of life.

The team found that these microbes, which live in a variety of environments in Earth's interior, appear to gain energy only through the process of fermentation. Many organisms are capable of fermentation, including humans when their muscles run out of oxygen during intense exercise - but they use it only as a supplementary source of energy.

"Our findings indicate that Patescibacteria and DPANN are ancient forms of life that may have never learned how to breathe," Stepanauskas said. "These two major branches of the evolutionary tree of life constitute a large portion of the total microbial diversity on the planet - and yet they lack some capabilities that are typically expected in every form of life."

The researchers found that the most recent common ancestors of these two lineages lacked the ability to breathe, just as their modern descendants do. For the first two billion years of Earth's existence, there was no oxygen in the atmosphere. Today, oxygen is a key component of Earth's atmosphere and essential to the life it can support - but just a few hundred feet underground, conditions have not changed, and this recent discovery suggests that some subsurface life hasn't, either.

Scientists had previously speculated that because Patescibacteria and DPANN have very simple genetic features and metabolism, they must live symbiotically and depend upon host organisms to survive. In the new study, the research team found no evidence that Patescibacteria and DPANN are dominated by symbionts - most of them seem to live as free cells and rely on the primitive pathway of fermentation to supply themselves with energy.

"Dependence on other organisms is a feature of life," said Jacob Beam, a former postdoctoral researcher at Bigelow Laboratory and the lead author of this study. "There are no absolutes in biology, and our research shows that microbes can vary along the spectrum of interdependencies."

Scientists analyzed microbes from diverse environments around the globe, including a mud volcano at the bottom of the Mediterranean Sea, hydrothermal vents in the Pacific, and the world's deepest gold mines in South Africa. Bigelow Laboratory Bioinformatics Scientist Julie Brown, Research Scientist Nicole Poulton, former Postdoctoral Research Scientists Eric Becraft and Oliver Bezuidt, and Research Experience for Undergraduates intern Kayla Clark worked on this project, alongside with an international team of scientists who contributed to fieldwork, laboratory, and computational analyses.

In addition to revealing the inner workings of Earth's subsurface and the evolution of life, these findings can provide a model system of what life on other planets may look like. Environments on Mars and other bodies in the solar system likely resemble Earth's subsurface, and Patescibacteria and DPANN represent examples of life that appear to require very little energy to survive, which scientists expect would be a requirement for life on other planets.

"This project would not have been possible without the collaboration of this diverse group of scientists collecting samples around the world and uniting their expertise," Beam said. "Through the collaboration of a global group of scientists working together, we know more about the inner workings of these microbes that form a major fraction of the total biodiversity on our planet."