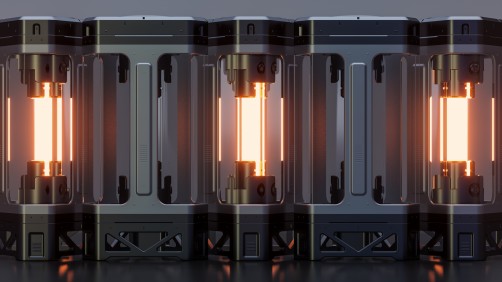 Newswise — Researchers at the University of Adelaide and their overseas partners have taken a key step in making quantum batteries a reality. They have successfully proved the concept of superabsorption, a crucial idea underpinning quantum batteries.

“Quantum batteries, which use quantum mechanical principles to enhance their capabilities, require less charging time the bigger they get,” said Dr James Q. Quach, who is a Ramsay Fellow in the School of Physical Sciences and the Institute for Photonics and Advanced Sensing (IPAS), at the University of Adelaide.

“It is theoretically possible that the charging power of quantum batteries increases faster than the size of the battery which could allow new ways to speed charging.”

To prove the concept of superabsorption, the team – who published their findings in the journal Science Advances –built several wafer-like microcavities of different sizes which contained different numbers of organic molecules. Each was charged using a laser.

“The active layer of the microcavity contains organic semiconductor materials that store the energy. Underlying the superabsorbing effect of the quantum batteries is the idea that all the molecules act collectively through a property known as quantum superposition,” said Dr Quach.

“As the microcavity size increased and the number of molecules increased, the charging time decreased.

“This is a significant breakthrough, and marks a major milestone in the development of the quantum battery.”

The idea of the quantum battery has the potential to significantly impact energy capture and storage in renewable energy and in miniature electronic devices.

By 2040, energy consumed by people is expected to have increased by 28 per cent from 2015 levels. The majority of energy will still come from fossil fuels at great cost to the environment. A battery that is capable of harvesting and storing light energy simultaneously would provide significant cost reduction while reducing the unpredictability of energy from solar technologies.

A new vista in battery technology, driven by the power of quantum mechanics, could become a reality by applying the team’s work.

“The concepts that Dr Quach and his team have worked on opens up the possibility of a new class of compact and powerful energy-storing devices,” said the University of Adelaide’s Professor Peter Veitch, Head of School of Physical Sciences.

The next step is to develop a fully functioning quantum battery prototype.