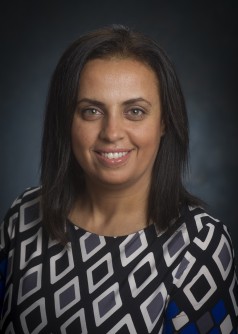 Newswise — Allogeneic blood or marrow transplantation recipients are at a significantly higher risk of cognitive impairment in the years post-transplantation, according to a study published in Journal of Clinical Oncology.

Published by Noha Sharafeldin, M.D., M.Sc., Ph.D., instructor in UAB’s Institute for Cancer Outcomes and Survivorship and Division of Hematology and Oncology, this study helps add a missing piece to a long-unsolved puzzle about post-transplant effects on recipients, specifically that vulnerable subpopulations of similar transplants can benefit from targeted interventions in the years after they receive their lifesaving treatment.

While it has been studied that cognitive impairment after myeloablative allogeneic BMT can occur, it has been unclear if similar impacts to cognitive functioning occurs after reduced-intensity allogeneic or after autologous BMT. This cognitive function deficit impacts areas of a survivor’s life ranging from societal integration to their return to work, as well as a decline in memory, learning, attention and concentration.

“With this research from our longitudinal prospective assessment, we are able to deduce that a significant population of allogeneic BMT survivors will experience cognitive impairment that can and will impact different aspects of their lives moving forward,” Sharafeldin said. “And it’s critical that we as clinicians develop interventions for these patients. This research is the just beginning of our figuring out how we can best care for BMT survivors and enable them to live healthy lives.”

Between 2004 and 2014, 477 patients treated with BMT at City of Hope underwent standardized neuropsychological testing before their transplant, and at the six-month and one-, two- and three-year marks after transplant; testing was conducted on eight cognitive domains, including executive function, verbal fluency and speed, processing speed, working memory, visual and auditory memory, and fine motor dexterity. In addition, 99 healthy patients underwent identical testing as a benchmark for cognitive function.

In analyzing the data, at three years post-transplant, evidence of cognitive impairment was present in 35.7 percent of allogeneic recipients. Furthermore, 38 percent of allogeneic recipients who participated at the three-year mark had not yet returned to work, and impairment was associated with a tenfold increased odds of not returning to work at three years post-transplant. The study was conducted under the lead of Smita Bhatia, M.D., MPH, professor in the UAB Department of Pediatrics and director of the UAB Institute for Cancer Outcomes and Survivorship, and was funded by the Leukemia and Lymphoma Society. In addition to Sharafeldin’s analysis, Yanjun Chen, M.S. and F. Lennie Wong, Ph.D, also conducted the analysis, Alysia Bosworth, B.A., conducted the cognitive testing, and Sunita Patel, Ph.D., served as the lead neuropsychologist; all are affiliated with City of Hope.

“From this data, it’s clear that we have to make strides in supporting allogeneic BMT recipients in their recovery to ensure that we are educating patients and their families on signs of cognitive impairment. This data will help us identify patients at highest risk of cognitive impairment and inform the development of interventions that facilitate a patient’s recovery and return to normal life,” Sharafeldin said.

Sharafeldin recently received a Leukemia and Lymphoma Society career development award that will support her future research at UAB on intervention strategies to improve cognitive function in transplant recipients.