The Dangers of Pokémon Go Similar to Texting 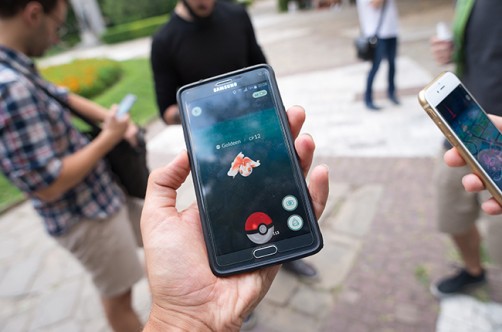 Newswise — It’s taking over headlines around the world – people being injured playing Pokémon Go, a location-based augmented reality game. Conrad Earnest, a research scientist at Texas A&M University’s Exercise and Sport Nutrition Lab, says much of the danger in playing the game is similar to the hazards of texting, a subject he has studied in the past.

Pokémon Go, first released in July, uses GPS to help players locate, capture, battle and train Pokémon who appear on the screen as if they were in the same real-world location as the player. The app quickly became a global phenomenon and has been downloaded by more than 100 million people worldwide.

In the days after the game’s release, reports started coming in of people falling, running into things or even walking into traffic playing Pokémon Go.

“The problem with Pokémon Go, in my opinion, is that it leads to a whole new level of not only slowing down, but moving in a particular direction to chase your Pokémon,” says Earnest.

Last year, Earnest completed research focused on texting and walking. His team found, when compared with non-distracted walkers, texting and cognitively distracted walkers slowed down, took more steps and increased the height of their steps to go over obstacles. The researchers used the results to hypothesize that the slowed walking pace coupled with path deviations will eventually cause a trip-and-fall accident.

Earnest refers to that research to discuss recent concerns about dangers surrounding Pokémon Go. “Players are more likely to cross at a time when the crosswalk signs aren’t giving a clear go. They’re more likely to cross in the middle of the street as opposed to a crosswalk. I think Pokémon Go is the potential recipe for more injuries and more pedestrian or traffic accidents.”

Earnest says he knows it is unrealistic to think people will just chase Pokémon on foot – they’re also going to chase Pokémon behind the wheel. In fact, one of his friends was involved in an accident because of Pokémon in early August.

“A friend of mine was riding his unicycle in a low and slow traffic area and was crossing the street in a crosswalk. A woman in a car was chasing a Pokémon, ran a stop sign and hit him. He’s OK, just a little sore.”

There have been similar incidents around the world, including people crashing into parked cars or running off the road altogether. Bryan and College Station police have not reported major problems connected to the game, but they have expressed concern about players not paying attention to their surroundings or walking into traffic.

Earnest concludes, “The more distractions you throw in the mix when you’re trying to get from point A to point B, the greater likelihood of you running into a problem.”