The Key to a Nut

Cockatoos match objects into corresponding frames in a tool-use task 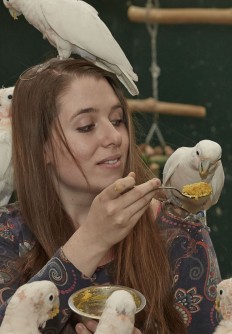 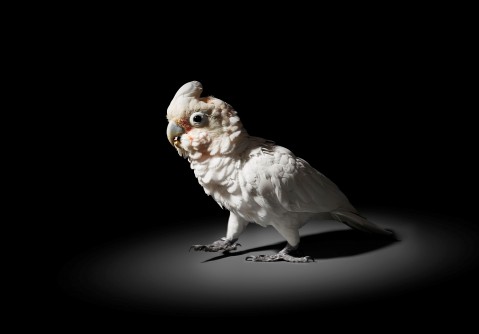 This parrot is not a specialised tool user in the wild but has shown the capacity to invent and use different types of tools in captivity. 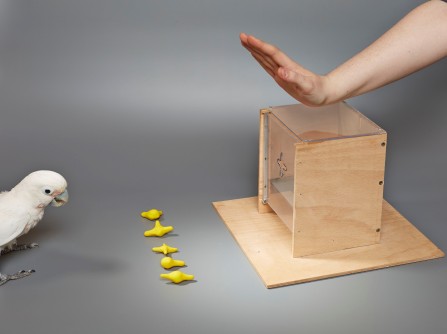 The animals had to choose the correct "key" out of five ... 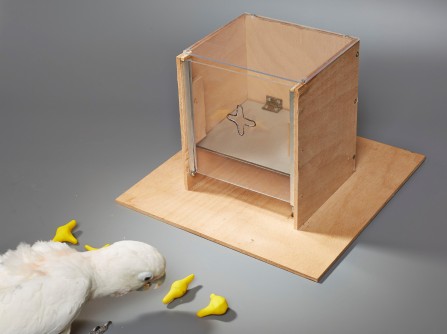 Newswise — Fitting an object into a matching outline such as inserting a key into a keyhole or inserting the appropriate screwdriver bit into a screw is a recurrent part of many human technical procedures and starts to develop in the first years of our life. In posting games involving coins or letters, two-year-old children also start rotating objects into the proper position before bringing it into contact with a slot. This is largely because, when moving objects in space, they start using other objects in their environment rather than only their own body as reference points: This is called an allocentric frame of reference. It is therefore not surprising that this is an important precondition for the onset of tool use in young infants, such as using a spoon or a rake.

Another important aspect of fitting tasks is geometry and symmetry. For example, inserting a circle into a matching cutout requires no particular orientation while a non-symmetrical object has only one possible correct orientation for insertion. Humans can insert a ball at already one year of age, but require another year before they can insert a cube. Older children (3-4) start rotating and comparing the objects to the cutout while holding them above before they try to insert them. Interestingly, such visual alignment seems to be missing in higher primates such as capuchin monkeys and apes. Despite their considerable dexterity they can only fit simple shapes into corresponding frames and require many placement attempts.

Goffin’s cockatoos are highly playful and inventive parrots, renowned for their intelligence and their ability to develop sophisticated forms of tool use in captivity. Cornelia Habl and Alice Auersperg from the University of Vienna and the University of Veterinary Medicine Vienna now tested their shape matching abilities in a setup that required the use of an object as a tool to obtain a food reward.

The study
"We used a box with an exchangeable, transparent front featuring a shaped hole at its centre. When an object was successfully inserted through the hole, a collapsible platform inside the box released a tasty nut at the lower end" says Cornelia Habl who conducted the study at the Goffin Lab in Vienna. "The birds selected the correctly shaped objects from a selection of up to five different shapes almost immediately without requiring any training." She continues: "Furthermore, they required fewer placement attempts to align simple shapes (circle, square, triangle) than non-human primates. Another interesting finding was that they turned complex object shapes in a way that would minimise their effort during insertion. For example, a cross shaped object would be turned at 90°, so only two protrusions would have to be inserted instead of four, or an L-shaped object with one protrusion facing forward and backward."

"This indicates that the animals do indeed possess an allocentric frame of reference when moving objects in space similar to two-year-old toddlers" says Alice Auersperg, head of the Goffin Lab in Vienna: "Our findings suggest that the ability to align objects to a corresponding substrate groove is not limited to animals with hand-like appendices. Birds rely more on visual cues than primates." Follow up research on this study will focus on fine details of object alignment and beak-tongue actions on the object before and during insertion, to evaluate the role of vision in their object placement. 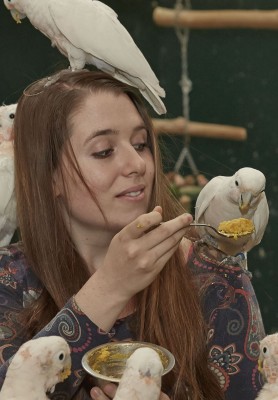 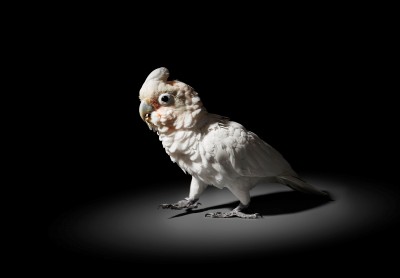 Caption: This parrot is not a specialised tool user in the wild but has shown the capacity to invent and use different types of tools in captivity. 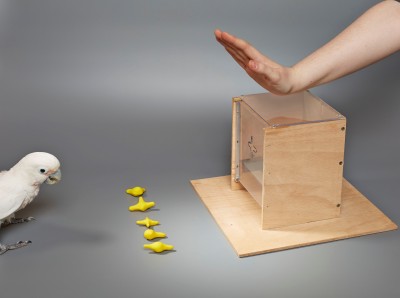 Caption: The animals had to choose the correct "key" out of five ... 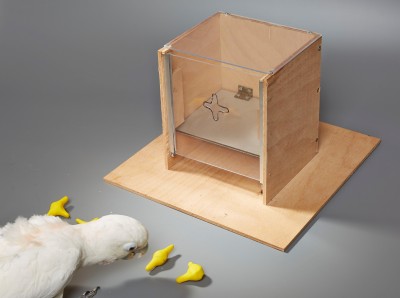