The sinking mega-delta in Vietnam: ‘Soil subsidence in the Mekong Delta is a hidden assassin’

Utrecht researcher leads the way with large-scale study in Vietnam 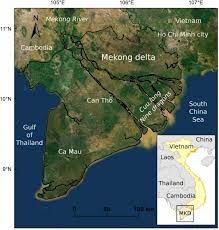 Satellite image of the Mekong delta in Vietnam in South-East Asia. 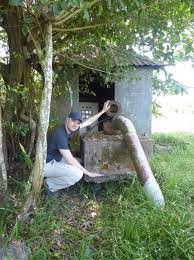 Evidence of subsidence in the Mekong delta. Cracks in a bridge ramp caused by shallow subsidence. 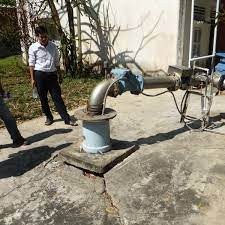 Evidence of subsidence in the Mekong delta. Protruding groundwater well evident by the cracked concrete floor and bended pipe. 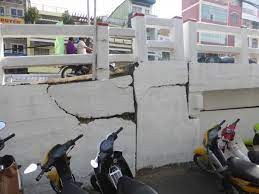 Evidence of subsidence in the Mekong delta. Abandoned protruding groundwater well. The original delta surface when the well was installed is indicated by the author’s right hand.

Newswise — River deltas face threats other than rising sea levels. Physical geographer Philip Minderhoud (Utrecht University and Deltares Research Institute) has studied soil subsidence in the Mekong delta, and managed to raise the issue with the Vietnamese government. Minderhoud will defend his dissertation in University Hall at Utrecht University on 15 February.

In the late 1980s, Vietnam transitioned towards a market economy, which resulted in increased agricultural production, population figures, and urbanisation, all of which heightened the demand for ground water. But as Minderhoud wrote in his dissertation, pumping out ground water exacerbates the problem of soil subsidence. “The area also has a soft, shallow soil layer. The growth in infrastructure that has accompanied the past few decades of economic development has placed an extra burden on the soil. This is another reason the soil is subsiding, which makes the sea level rise more quickly in relation to the land. It’s as if the delta is sinking into the sea. Plus, salt water is pushing ever farther land-inwards, so the delta also faces the problem of salinization.”

The Mekong river delta is the third largest delta in the world, and around 18 million people call the delta home. Vietnam is also the world’s second-largest rice exporter, and the majority of that rice comes from the Mekong delta. In his dissertation, Minderhoud shows how continuing with the current practices would have major humanitarian and economic consequences. He therefore advocates, next to reducing the amount of ground water extraction, a combination of ‘hard’ and ‘soft’ measures to deal with the problem. “The hard measures include building dikes and draining polders around economically and socially important areas, such as cities.” Soft measures include encouraging natural soil deposition bylimiting the construction of dikes. “That would encourage the growth of native vegetation, such as mangrove forests, which in turn helps prevent erosion and promotes sediment deposition. Other measures include pumping surface water back underground in order to slow the process of soil subsidence.” The researcher emphasises that surrounding everything with dikes would be economically impossible.

Researchers at Stanford University (U.S.) published a preliminary exploratory analysis of soil subsidence in the Mekong delta in 2014, but they were met with a great deal of scepticism. “Soil subsidence doesn’t happen all of a sudden. It’s more like a hidden assassin. Subsidence is virtually imperceptible in the landscape, because everything around you sinks at the same rate. And in the delta, people are used to the occasional floods.” Building on the American research, Minderhoud’s work managed to put the issue of soil subsidence in the Mekong delta on the political agenda. The deciding factor was an article he published in 2017. That same year, the Vietnamese government passed a resolution to prevent the over-exploitation of ground water sources.

Minderhoud’s PhD research is the first study of its kind of such a large river delta, and he is now considered to be the world’s leading expert on soil subsidence in the Mekong delta. Thanks to his research, the Mekong delta can serve as a model for other river deltas facing the same problem. “The success was partially due to the favourable administrative circumstances that I encountered there. Vietnam has its data in relatively good order, including its ground water level measurements, and the cooperation with the various government agencies went smoothly.”

For a video abstract of the work of Minderhoud, see: https://www.youtube.com/watch?v=cMr_BKzY4lU