The Special Role of Pigeons in Greening the Negev 1,500 Years Ago

New study at the University of Haifa reveals the first archeological evidence of the role played by pigeons in Byzantine agriculture in the Negev: improving and fertilizing soil in vineyards and orchards 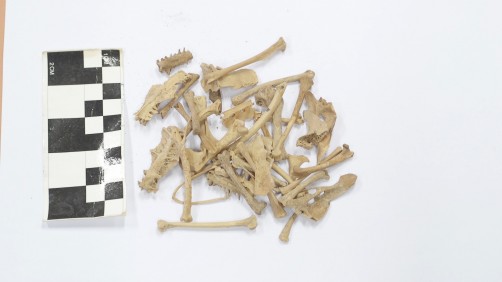 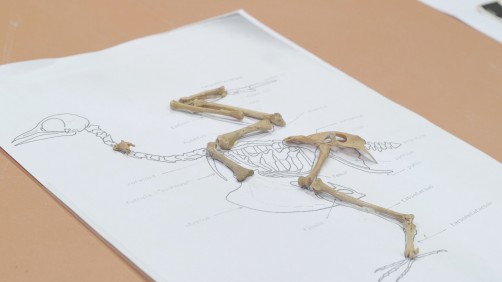 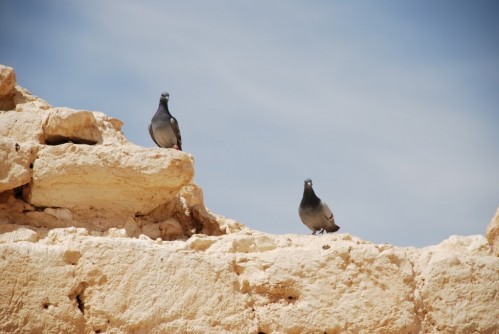 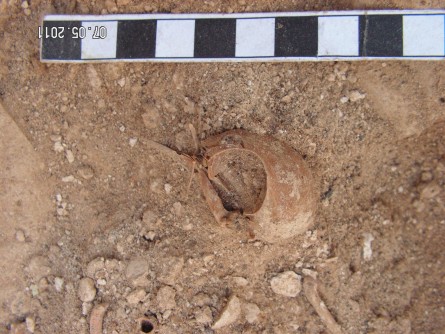 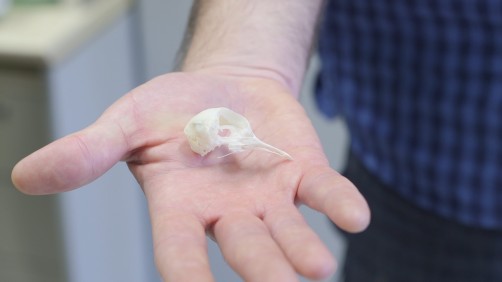 Newswise — Pigeons played an important role in turning the Byzantine Negev into a flourishing region 1,500 years ago. This is the conclusion of a new study held at the Institute of Archeology at the University of Haifa that was published today in the prestigious journal PlosOne. The study, which concentrated on the ancient settlement of Shivta and Saadon, found archeological evidence showing that the Byzantines in the Negev raised pigeons not as a source of food, but in order to fertilize the loess soil and enhance its suitability for intensive agriculture. “Pigeon droppings are rich in phosphorus, potassium, and nitrogen, which are vital for agricultural and are lacking in the loess soils of the Negev,” the researchers explained. “The pigeon bones we found are much smaller than those of pigeons bred for the meat industry. Together with the nesting materials we found in the compartments and their location in the middle of agricultural fields, the findings show that the pigeons were raised without significant intervention. The role of humans was mainly confined to providing protection for the birds.”

In recent years, extensive research has been undertaken in the Byzantine settlements of the Negev, led by Prof. Guy Bar-Oz of the University of Haifa. Among other goals, the researchers are interested in understanding how the Byzantines managed to maintain a broad-based agricultural system in the desert 1,500 years ago, and what led to the sudden abandonment and eventual collapse of these flourishing communities. In a study published several months ago, the research group presented important archeological evidence to the magnitude of agriculture in the Negev in this period, based on the bones of a rodent called Tristram’s jird, which lives only in wetter environments and is not found in desert areas. The current study, led by Dr. Nimrod Marom of the University of Haifa and Tel Hai College, in cooperation with Prof. Bar-Oz and Dr. Yotam Tepper of the Institute of Archeology at the University of Haifa and Dr. Baruch Rosen of the Volcani Center, focused on the study of the bones of pigeons from the compartments discovered in agricultural areas close to the Byzantine settlements.

The researchers explain that pigeon droppings are a well-known source of important minerals for agriculture, such as phosphorus, potassium, and nitrogen. Until recently, pigeons were used in many parts of the world to improve and fertilize soil. However, over the centuries pigeons have also been raised for other purposes, particularly for their meat. In order to determine the purpose of pigeon raising in the Negev, the researchers examined the bones found in the compartments, as well as the chemical composition of their droppings.

The large quantity of bones found in the excavations enabled the researchers to determine the average wingspan, body structure, and skull pattern of the pigeons from the Byzantine period. These were compared with data for various species of pigeons in the modern era. The comparative analysis was based in part of a comparison between the pigeons from the Negev and the pigeons collected and investigated by Charles Darwin, the father of the theory of evolution. The bones of Darwin’s pigeons are today housed at the British National Museum. The most important finding reached by the researchers was that the pigeons from the Byzantine period were small, muscular, and “athletic,” and did not differ in their dimensions from wild pigeons. According to Dr. Marom, the smaller body size is not only clear evidence that they offered less meat. The smaller the birds, the more rapid their metabolism. To put it simply: smaller doves produce more droppings relative to the quantity of food they consume.

The chemical tests conducted at the laboratory showed that the droppings are indeed rich in nitrogen, phosphorus, and potassium. “Together with this fact, the location of the pigeon compartments in an agricultural area remote from the settlements reinforces the hypothesis that the pigeons were raised in the compartments in order to produce high-quality fertilizer that accumulated on the floor of the compartments and was used to fertilize the fruit trees and vines in the vineyards and orchards. We also exposed rich botanical findings in the compartments themselves, including grape seeds, olives, peaches, and various kinds of wild plants – all remnants of the food eaten by the pigeons – as well as a large quantity of remnants of branches. All these findings provide further evidence that the Negev during the Byzantine period was green and flourishing,” the researchers concluded.