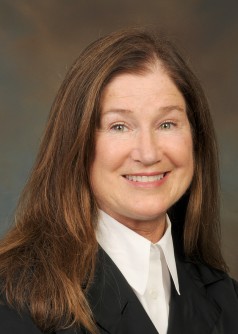 Newswise — LA JOLLA, CA — Feb. 6, 2018 — The National Institute on Alcohol Abuse and Alcoholism (NIAAA) has awarded scientists at The Scripps Research Institute (TSRI) a $10 million grant to study how long-term alcohol use changes basic mechanisms of brain function. The researchers will then investigate how novel medications derived from this work may reverse those changes to treat alcohol addiction.

The five-year grant will support five individual research projects and three core resources at the TSRI Alcohol Research Center (TSRI-ARC), and will be led by Barbara Mason, PhD, the Pearson Family Chair and center director of TSRI-ARC. Together, the projects—involving molecular pharmacology, neurochemistry, electrophysiology, neurocircuitry and clinical studies—aim to better understand what happens in the brain during the extended withdrawal phase a person goes through when they stop drinking, and to develop ways to treat that phase and prevent relapse.

“After someone with alcohol use disorder stops drinking and undergoes acute withdrawal, there’s then a protracted withdrawal phase that’s characterized by activation of stress systems in the brain and symptoms of negative affect such as anxiety, dysphoria, and irritability,” says Mason. “These symptoms ultimately drive craving and relapse, and we want to stop that cycle.”

Nearly 16 million Americans have alcohol use disorder, a chronic disease characterized by compulsive alcohol consumption, loss of control over alcohol intake and a negative emotional state when not using. Around 80 percent of those who seek treatment for their alcohol use will relapse within a year. Animal models have hinted that reversing some of the changes in the brain caused by long-term alcohol use can prevent relapse. Mason and her colleagues want to probe that observation in more molecular detail and help translate it to humans.

“There hasn’t been a new pharmacological treatment for alcohol dependence in decades,” says Mason. “We want to change that and help facilitate a return to homeostasis in the brains of people with alcohol use disorder.”

Mason’s research has already revealed that when someone with alcohol use disorder stops drinking, their brain releases stress neuropeptides—molecules that turn on stress pathways in the brain. They’ve also homed in on the extended amygdala—an area of the brain involved in mediating emotional behaviors—as helping mediate the interactions between stress and addiction.

Resources at TSRI-ARC are available to not only TSRI scientists, but researchers throughout the region. The new grant includes funds to help facilitate outreach to the community about alcohol use disorder. Scientists will share their results as well as information on addiction resources through lectures and events at high schools, senior citizen centers and other public venues.