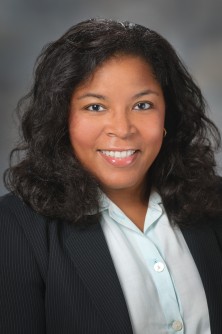 Newswise — HOUSTON ― The treatment of osteosarcoma, the most common tumor of bone, is challenging. A study led by The University of Texas MD Anderson Cancer Center found a drug known as bone metastasis-targeting peptidomimetic (BMTP-11) has potential as a new therapeutic strategy for this devastating illness.

Results from the preclinical study, which looked at BMTP-11 alone and in combination with the chemotherapy agent gemcitabine, were published in the July 11, 2017, online issue of Proceedings of the National Academy of Sciences.

Although osteosarcoma is a relatively rare cancer, it is a leading disease-related cause of death in children and young adults ages 10 to 20. However, over the last 25 years, the five-year survival rate has remained unchanged, and the treatment options for these patients are few. In addition, the side effects of available treatment options often are significant and cumulative, and may cause other health problems and damage to major organs.

“What’s novel about this treatment is that BMTP -11 targets the tumor and spares other organs,” said Valerae O. Lewis, M.D., chair of Orthopaedic Oncology at MD Anderson. “We believe this study lays the groundwork for a clinical trial for the treatment of osteosarcoma without the cumulative and mortal side effects seen with the current treatment options.”

The study results identified IL-11Rα as an osteosarcoma cell surface receptor that correlated with tumor progression and poor prognosis in osteosarcoma patients. The team, which included co-authors Renata Pasqualini, Ph.D., and Wadih Arap, M.D., Ph.D., both of whom worked on the study while at MD Anderson and are now professors at the University of New Mexico Health Sciences Center (UNMSC) School of Medicine, also illustrated that IL-11Rα and IL-11 are up-regulated in human metastatic osteosarcoma cell lines, and this correlated with the development of lung metastases in mouse models of the disease. The metastatic potential of the osteosarcoma cell lines could be modulated by targeting IL-11Rα expression. Death from respiratory failure linked to metastasis to the lungs remains a significant problem among osteosarcoma patients.

"We were able to document anti-tumor activity against osteosarcoma models,” said Pasqualini. “Given that a first-in-human trial of BMTP-11 has recently been reported, one would hope that this proof-of-concept study might lead to early translational clinical trials in human osteosarcoma as a logical next step in the context of an unmet medical oncology need."

Arap added that "this work provides a preclinical foundation for the potential design and development of a second line combination therapy regimen composed of conventional chemotherapeutics plus the targeted candidate drug BMTP-11 for application in unfortunate patients with recalcitrant osteosarcoma.”

The study was funded by the Triumph Over Kid Cancer Foundation, the National Institutes of Health (P30CA016672 and P30CA118100) the Gillson-Longenbaugh Foundation and the Marcus Foundation.