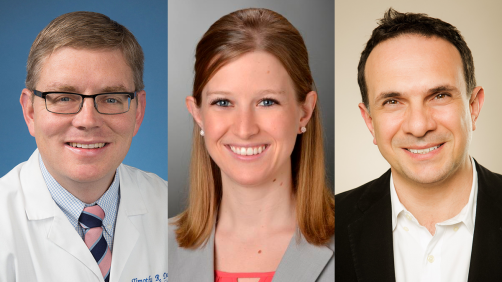 UCLA Jonsson Comprehensive Cancer Center researchers have uncovered a potential new way to target pancreatic tumors that express high intratumoral interferon signaling (IFN). The team found that high type I IFN signaling is present in a subset of pancreatic tumors and it triggers a decrease in the level of NAD and NADH in pancreatic cancer cells, which are vital cofactors in critical metabolic processes.

After the researchers delineated the mechanism by which the NAD depletion occurs, they demonstrated that cells with high IFN signaling were more sensitive to NAMPT inhibitors, which inhibit a major pathway in NAD synthesis. Based on this mechanism, recently developed second-generation NAMPT inhibitors could potentially be used in combination with new systemic drugs, called STING agonists, which increase type I IFN signaling. When tested in mice, the combination of IFN signaling and NAMPT inhibitors not only decreased pancreatic tumor growth, but also resulted in fewer liver metastases.

“With the advent of these two new and improved therapeutics, our findings are timely as their combination may sensitize tumors to NAD depletion,” said lead author Dr. Alexandra Moore, a resident physician in the department of surgery at the David Geffen School of Medicine at UCLA.

Pancreatic cancer continues to be one of the most difficult cancers to treat. One of the hallmarks of the disease is its extensively reprogrammed metabolic network. All cells, including cancer cells, have the need to transform nutrients from the environment into building blocks for cellular processes and many of these processes require NAD or NADH as a vital cofactor. This research focused on harnessing IFN-induced NAD depletion in combination with the inhibition of NAD synthesis to develop new approaches to better treat pancreatic cancer.

The team first used cell lines and cell culture to determine the mechanism of NAD depletion induced by IFN signaling by looking at the mRNA levels of NAD-consuming enzymes after treatment with IFN. There was an increase in mRNA levels as well as protein expression of PARP9, PARP10, and PARP14. After confirming the findings, the team translated the research into an in vivo model. Researchers used two different mouse models and injected cancer cells into the pancreas of mice prior to treatment.

The findings provide evidence that if tumors with high IFN signaling can be identified, or if IFN signaling can be amplified in tumor cells, those tumors may have greater sensitivity to treatment with NAMPT inhibitors. If so, the combination could potentially help improve the prognosis for one of the most difficult cancers to treat.

“This is a study that identifies a potential vulnerability created by type I IFNs in pancreatic cancer that can be leveraged for what appears to be an effective therapeutic strategy,” said senior author Dr. Timothy Donahue, professor of surgery and chief of surgical oncology.

The senior authors of the study are Dr. Timothy Donahue, professor of surgery and chief of surgical oncology, and Dr. Caius Radu, professor of molecular and medical pharmacology. Both are members of the UCLA Jonsson Comprehensive Cancer Center. The first authors are Dr. Alexandra Moore, resident physician in the department of surgery at the David Geffen School of Medicine at UCLA, and Dr. Lei Zhou, a visiting assistant project scientist in the department of surgery.

The study was published online in the Proceedings of the National Academy of Sciences.

The research was supported by funding from the National Cancer Institute and the Hirshberg Foundation for Pancreatic Cancer Research.