5-Apr-2016 9:05 AM EDT, by University of Florida Institute of Food and Agricultural Sciences
favorite_border 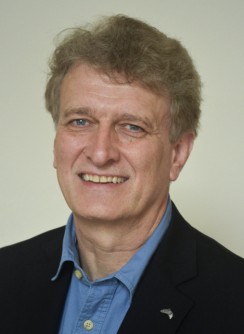 UF/IFAS food and resource economics professor James Anderson was one of three scholars who won the inaugural "enduring article" award from the Marine Resource Economics journal for an article he wrote 30 years ago.

Newswise — GAINESVILLE, Fla. --- A University of Florida Institute of Food and Agricultural Sciences professor wrote an article 30 years ago that’s still so significant that a scientific journal has recognized it as an “enduring” article.

James Anderson, a UF/IFAS professor of food and resource economics and director of the UF/IFAS Institute for Sustainable Food Systems, has been honored by the journal Marine Resource Economics for his 1985 paper, “Market Interactions between Aquaculture and the Common-Property Commercial Fishery.”

“I was quite surprised and honored, especially since it was the first time the award was given, and at the time the article was written, almost no one in the economics profession was giving any attention to the economics of aquaculture and its relationship to traditional capture fisheries,” Anderson said. Capture fisheries are found mostly offshore. “Most articles written 30 years ago have been forgotten, but I know some researchers are still looking at this one – that’s a good feeling.”

Anderson’s article won for establishing conceptual links between farm-raised fish and capture fisheries and anticipating the importance of the aquaculture industry for global seafood markets.

“The results found in the article are consistent with what we observe today, now that aquaculture is a much bigger factor in the global seafood market,” Anderson said.

The UF/IFAS researcher’s article is among three cited for the new Publication of Enduring Significance Award, which recognizes articles published in Marine Resource Economics that are important for contemporary researchers and other literature that is built on them or that remains relevant for current policy issues, according to a release from The University of Chicago Press Journals.