4-Sep-2018 1:05 PM EDT, by University of Florida Institute of Food and Agricultural Sciences 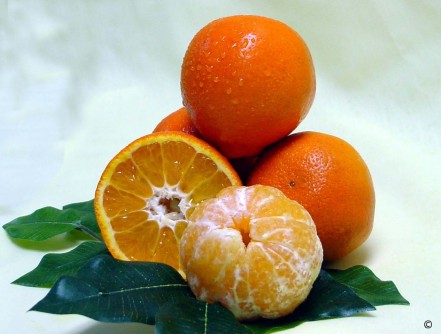 “Our next step is to analyze Sugar Belle® on 12 different rootstocks,” said Nabil Killiny, a UF/IFAS associate professor of plant pathology. “From there, we hope to develop recommendations for growers that will ensure the best possible performance from Sugar Belle® trees.”

Newswise — GAINESVILLE, Fla. --- Florida citrus growers recognize the Sugar Belle® mandarin hybrid for its tolerance of citrus greening disease, and new findings from the University of Florida Institute of Food and Agricultural Sciences suggest that rootstock selection may play a role in keeping Sugar Belle® trees productive even if they become infected with the bacterial malady.

“We now have proof of concept that, in Sugar Belle®, rootstock selection has an effect on the tree’s metabolism,” said plant pathologist Nabil Killiny, a UF/IFAS associate professor and lead researcher in the study. “It is likely that growers can optimize the productivity of Sugar Belle® trees with the right rootstock selection, and we have studies planned that will investigate this question.”

The research thus far has not involved trees already stricken with greening disease, also known by the Chinese term Huanglongbing or the acronym HLB. Studies on infected trees will be a future step in evaluating rootstock options for Sugar Belle®, Killiny said.

Developed by UF/IFAS citrus breeders and released in 2009, Sugar Belle® has proved to be more tolerant of HLB than most citrus varieties grown commercially in Florida, said Killiny, based at the UF/IFAS Citrus Research and Education Center in Lake Alfred. The disease is caused by an invasive bacterium that is transmitted by an invasive insect, the Asian citrus psyllid. HLB was first reported in Florida in late 2005 and subsequently spread statewide, drastically reducing yields.

The current study, published earlier this year in the journal "Plant Signaling & Behavior,” showed that metabolic activity in three groups of healthy Sugar Belle® trees differed, depending on the rootstock used. As with most commercial citrus in Florida, trees used in the study consisted of two sections grafted together – a hardy root system, or rootstock, topped with a highly productive above-ground section known as a “scion” of a different variety – in this case, Sugar Belle®.

“We deliberately focused the study on Sugar Belle® trees that used three of the most popular rootstocks – Swingle citrumelo, Carrizo citrange and UF-15,” Killiny said.

In the study, researchers purchased one-year-old Sugar Belle® trees from nurseries, acquiring 12 trees with each of the three rootstocks investigated. After acclimating the trees to greenhouse conditions for one month, the team took leaf samples from each tree, analyzing them with gas chromatography-mass spectrometry instruments to detect organic chemicals associated with plant growth and defense.

Results from the analyses showed that the overall chemical profiles obtained from the samples varied significantly depending on the rootstock used.

Although trees used in the study were not infected with HLB, Killiny notes that Sugar Belle® trees with Swingle citrumelo rootstock produced the greatest amounts of two compounds known to have antimicrobial effects, quinic acid and ferulic acid. Consequently, it appears likely that Sugar Belle® will tolerate HLB best when grown on Swingle citrumelo, because the two acids would probably limit the bacterial population, or titer, in an infected tree. These results led the team to conclude that, among the three rootstocks tested, Swingle citrumelo is probably the best choice for optimizing greening tolerance in Sugar Belle®.

“Our next step is to analyze Sugar Belle® on 12 different rootstocks,” he said. “From there, we hope to develop recommendations for growers that will ensure the best possible performance from Sugar Belle® trees.”

Funding for this study was provided by a $75,000 grant from the federal Citrus Disease Research and Extension program, which was authorized by the 2014 federal Farm Bill and administered by the U.S. Department of Agriculture through its Specialty Crop Research Initiative.

The mission of the University of Florida Institute of Food and Agricultural Sciences is to develop knowledge relevant to agricultural, human and natural resources and to make that knowledge available to sustain and enhance the quality of human life. With more than a dozen research facilities, 67 county Extension offices, and award-winning students and faculty in the UF College of Agricultural and Life Sciences, UF/IFAS works to bring science-based solutions to the state’s agricultural and natural resources industries, and all Florida residents. Visit the UF/IFAS web site at