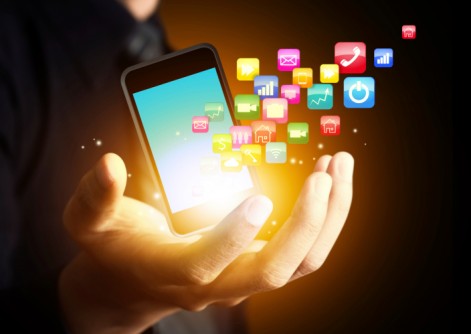 Technology may make it easier to send HIV prevention messages to younger men.

Newswise — (NEW YORK, NY, June 23, 2014) –While many HIV prevention interventions have traditionally been delivered face-to-face, a study from Columbia University School of Nursing suggests that digital outreach efforts delivered via text messages, interactive games, chat rooms, and social networks may be an effective way to reach at-risk younger men. The research review, published in the Journal of Medical Internet Research, found that eHealth interventions are associated with reductions in risky sexual behaviors and increases in HIV testing among men who have sex with men.

Despite decades of outreach and education efforts that have stabilized human immunodeficiency (HIV) infection rates in the U.S., the pace of new infections among men who have sex with men has been steadily increasing, particularly among young adults and racial and ethnic minorities.

“This is a population that is very used to technology, and there is built-in privacy and immediacy with digital communication that may be especially appealing to men who aren’t comfortable disclosing their sexual orientation or their HIV status in a face-to-face encounter,” says lead study author Rebecca Schnall, PhD, RN, an assistant professor at Columbia Nursing. “If we want to reduce HIV infection rates, particularly among younger men, we need to explore the use of technology to meet them where they live – online and on their phones.”

A team of researchers led by Schnall conducted a systematic literature review to determine the effectiveness of eHealth interventions for HIV prevention among men who have sex with men. Included studies had to be focused exclusively on eHealth, limited to HIV prevention and testing rather than treatment, targeted only to adult men who have sex with men, written in English, designed as experimental or randomized controlled trials, and published between January 2000 and April.

Chat rooms may also help prevent HIV, the study found. When a sexual health expert entered a popular chat room to regularly post information about HIV testing and respond to instant messages seeking information on HIV, self-reported HIV testing among participants in the chat room significantly increased. On social networks such as Facebook and Twitter, popular individuals can spread HIV-prevention messages to their friends and followers. The sharing of information about HIV testing via trusted sources on a social network appeared to increase requests for HIV testing kits, one study found. Another study found that using opinion leaders to disseminate HIV-prevention information via social networks may increase testing rates and bolster condom use during anal sex with partners found online.

“Taken together, the findings from all of these relatively small studies demonstrate the enormous potential of eHealth as a tool to prevent HIV,” says Schnall. The task is urgent, she adds. Although men who have sex with men represent about 7 percent of the male population in the U.S., they account for about 78 percent of new HIV infections among males, reinforcing the need for new approaches to prevention. “What we now have is a road map to follow for larger, longer trials that may definitely confirm the effectiveness of eHealth in fighting the spread of HIV.”

The study, published in May, is titled “eHealth Interventions for HIV Prevention in High-Risk Men Who Have Sex with Men: A Systematic Review.” Co-authors are, from Columbia Nursing: Jasmine Travers, AGNP-C, RN, and Marlene Rojas, MPH, MD; and Alex Carballo-Dieguez, PhD, of the Division on Gender, Sexuality and Health in the Columbia University Department of Psychiatry. The study was supported by a cooperative agreement between Columbia University School of Nursing and the Centers for Disease Control and Prevention (CDC 1U01PS00371501). Rebecca Schnall is supported by the National Center for Advancing Translational Sciences, National Institutes of Health (KL2 TR00081), formerly the National Center for Research Resources (KL2 RR024157). The authors declare no financial or other conflicts of interest.