Walking Fish Reveal How Our Ancestors Evolved Onto Land 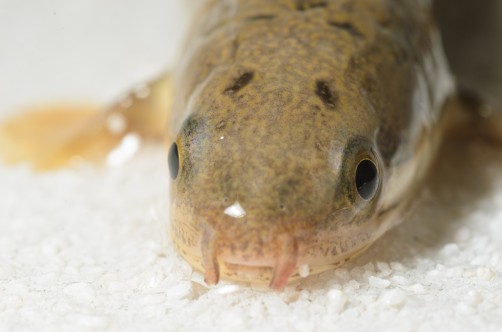 Newswise — About 400 million years ago a group of fish began exploring land and evolved into tetrapods – today's amphibians, reptiles, birds, and mammals. But just how these ancient fish used their fishy bodies and fins in a terrestrial environment and what evolutionary processes were at play remain scientific mysteries.

Researchers at McGill University published in the journal Nature, turned to a living fish, called Polypterus, to help show what might have happened when fish first attempted to walk out of the water. Polypterus is an African fish that can breathe air, 'walk' on land, and looks much like those ancient fishes that evolved into tetrapods. The team of researchers raised juvenile Polypterus on land for nearly a year, with an aim to revealing how these 'terrestrialized' fish looked and moved differently.

“Stressful environmental conditions can often reveal otherwise cryptic anatomical and behavioural variation, a form of developmental plasticity”, says Emily Standen, a former McGill post-doctoral student who led the project, now at the University of Ottawa. “We wanted to use this mechanism to see what new anatomies and behaviours we could trigger in these fish and see if they match what we know of the fossil record.”

Remarkable anatomical changesThe fish showed significant anatomical and behavioural changes. The terrestrialized fish walked more effectively by placing their fins closer to their bodies, lifted their heads higher, and kept their fins from slipping as much as fish that were raised in water. “Anatomically, their pectoral skeleton changed to became more elongate with stronger attachments across their chest, possibly to increase support during walking, and a reduced contact with the skull to potentially allow greater head/neck motion,” says Trina Du, a McGill Ph.D. student and study collaborator.

“Because many of the anatomical changes mirror the fossil record, we can hypothesize that the behavioural changes we see also reflect what may have occurred when fossil fish first walked with their fins on land”, says Hans Larsson, Canada Research Chair in Macroevolution at McGill and an Associate Professor at the Redpath Museum.

Unique experimentThe terrestrialized Polypterus experiment is unique and provides new ideas for how fossil fishes may have used their fins in a terrestrial environment and what evolutionary processes were at play.

Larsson adds, “This is the first example we know of that demonstrates developmental plasticity may have facilitated a large-scale evolutionary transition, by first accessing new anatomies and behaviours that could later be genetically fixed by natural selection”.

The study was conducted by Emily Standen, University of Ottawa, and Hans Larsson, Trina Du at McGill University.

This study was supported by the Canada Research Chairs Program, Natural Sciences and Engineering Research Council of Canada (NSERC) and Tomlinson Post-doctoral fellowship. 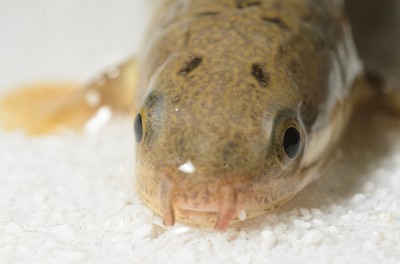