Large international study finds 90% have anomaly that could influence treatment

19-May-2015 11:05 AM EDT, by Michigan Medicine - University of Michigan contact patient services
favorite_border 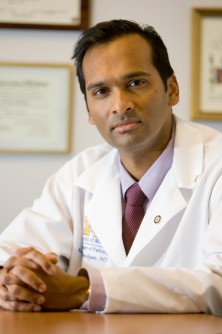 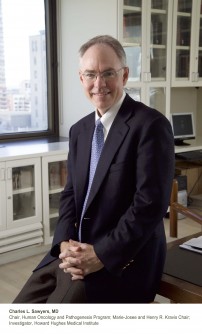 The researchers, led by Arul Chinnaiyan, M.D., Ph.D., and Charles L. Sawyers, M.D., co-leaders of the Stand Up to Cancer-Prostate Cancer Foundation Dream Team, sequenced the DNA and RNA of tumor biopsy samples from 150 men with metastatic castration resistant prostate cancer, an advanced cancer that has stopped responding to standard hormone-based therapies. This is the first major analysis of this common and aggressive type of cancer in a clinical context. The study is published in Cell.

Eight institutions from the United States and Europe contributed patient biopsies to two central sites that conducted the sequencing analysis.

“One of the surprising findings in this study was that approximately 90 percent of cases harbored some kind of genetic anomaly that was clinically actionable, meaning we have potential treatments to target that specific aberration. This suggests that clinical genomic sequencing could impact treatment decisions in a significant number of patients with disease,” says co-senior author and principal investigator Arul Chinnaiyan, M.D., Ph.D., director of the Michigan Center for Translational Pathology and S.P. Hicks Professor of Pathology at the University of Michigan Health System.

Previous studies have looked at the genomic landscape of clinically localized prostate cancer and found few actionable genomic alterations. This is the first study to focus on this specific subtype clinically, which is difficult to treat because patients nearly always develop resistance to currently available treatments.

“Up to now, precision cancer medicine activities in advanced prostate cancer have been limited by lack of ability to acquire clinical samples from patients at the time of failure of hormone treatment and a lack of comprehensive genomic data for potentially actionable alterations,” explains Charles L. Sawyers, M.D., co-senior author and chair of the Human Oncology and Pathogenesis Program at Memorial Sloan Kettering Cancer Center.

“This multi-institutional and international study demonstrates the feasibility of comprehensive and integrative genomics on prospective biopsies from individual patients to enable precision cancer medicine activities in this large patient population. This study sets the stage for additional profiling efforts which may enable biological discovery and have immediate therapeutic relevance,” Sawyers adds.

The researchers found that nearly all the tumors had a genetic aberration known to drive cancers. The most common, found in nearly two-thirds of the patients, were aberrations in the androgen receptor. This was expected to some extent since the hallmark of castration-resistant disease is that it no longer responds to conventional androgen-blocking therapies. But many other aberrations were found as well.

Fourteen percent of patients had a mutation in the BRCA1 or BRCA2 gene, which are already known to increase risk of breast and ovarian cancer. A class of drugs called PARP inhibitors have already been approved in BRCA-positive ovarian cancer, suggesting potential for PARP inhibitors to play a role in prostate cancers with this type of aberration.

In addition, the researchers found that 8 percent of patients had an inherited genetic alteration. This suggests that genetic counseling may be appropriate for patients with prostate cancer.

One of the unique aspects of this study is that it used fresh biopsy samples from living patients with metastatic castration resistant prostate cancer. Typically it has been difficult to obtain a large enough quantity of quality tumor tissue, especially from bone biopsies, to make sequencing possible.

As part of their Stand Up to Cancer-Prostate Cancer Foundation grant, the researchers will sequence and follow a total of at least 500 patients. They expect the process to take several more years. As they begin to see more patients with androgen receptor mutations and other aberrations, the researchers hope to begin linking specific aberrations to response or resistance to specific treatments, making precision medicine more relevant and successful for metastatic castration resistant prostate cancer. 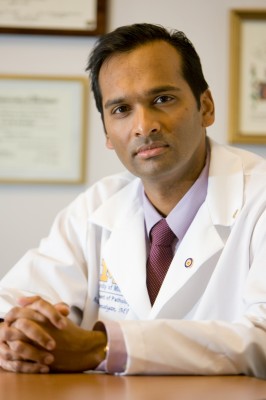 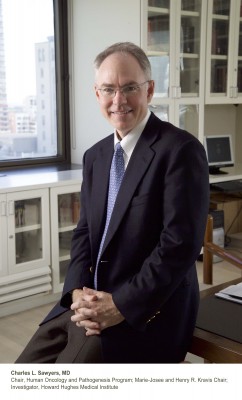