What Happens in the Brain During Unconsciousness? 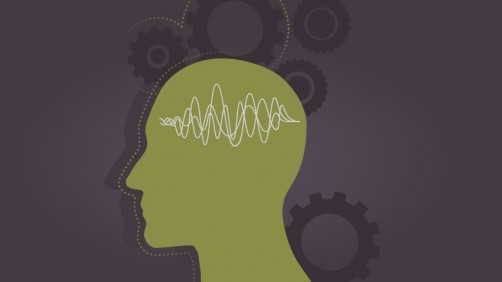 Newswise — ANN ARBOR, Mich. - When patients undergo major surgery, they’re often put under anesthesia to allow the brain to be in an unconscious state.

But what’s happening in the brain during that time?

Three Michigan Medicine researchers are authors on three new articles from the Center for Consciousness Science exploring this question — specifically how brain networks fragment in association with a variety of unconsciousness states.

“These studies come from a long-standing hypothesis my colleagues and I have had regarding the essential characteristic of why we are conscious and how we become unconscious, based on patterns of information transfer in the brain,” says George A. Mashour, M.D., Ph.D., professor of anesthesiology, director of the Center for Consciousness Science and associate dean for clinical and translational research at the University of Michigan Medical School.

In the studies, the team not only explores how the brain networks fragment, but also how better to measure what is happening.

“We’ve been working for a decade to understand in a more refined way how the spatial and temporal aspects of brain function break down during unconsciousness, how we can measure that breakdown and the implications for information processing,” says UnCheol Lee, Ph.D., physicist, assistant professor of anesthesiology and associate director of the Center for Consciousness Science.

The basis for the three studies, as well as other work from the Center for Consciousness Science, comes from a theory Mashour produced during his residency.

“I published a theoretical article when I was a resident in anesthesiology suggesting that anesthesia doesn’t work by turning the brain off, per se, but rather by isolating processes in certain areas of the brain,” Mashour says. “Instead of seeing a highly connected brain network, anesthesia results in an array of islands with isolated cognition and processing. We have taken this thought, as well as the work of others, and built upon it with our research.”

In the study in the Journal of Neuroscience, the team analyzed different areas of the brain during sedation, surgical anesthesia and a vegetative state.

“It’s often suggested that different areas of the brain that typically talk to one another get out of sync during unconsciousness,” says Anthony Hudetz, Ph.D., professor of anesthesiology, scientific director of the Center for Consciousness Science and senior author on the study. “We showed in the early stages of sedation, the information processing timeline gets much longer and local areas of the brain become more tightly connected within themselves. That tightening might lead to the inability to connect with distant areas.”

In the Frontiers in Human Neuroscience study, the team delved into how the brain integrates information and how it can be measured in the real world.

“We took a very complex computational task of measuring information integration in the brain and broke it down into a more manageable task,” says Lee, senior author on the study. “We demonstrated that as the brain gets more modular and has more local conversations, the measure of information integration starts to decrease. Essentially, we looked at how the brain network fragmentation was taking place and how to measure that fragmentation, which gives us the sense of why we lose consciousness.”

Finally, the latest article, in Trends in Neurosciences, aimed to take the team’s previous studies and other work on the subject of unconsciousness and put together a fuller picture.

“We examined unconsciousness across three different conditions: physiological, pharmacological and pathological,” says Mashour, lead author on the study. “We found that during unconsciousness, disrupted connectivity in the brain and greater modularity are creating an environment that is inhospitable to the kind of efficient information transfer that is required for consciousness.”

How these studies can help patients

The team members at the Center for Consciousness Science note that all of this work may help patients in the future.

“We’re looking for a better way to quantify the depth of anesthesia in the operating room and to assess consciousness in someone who has had a stroke or brain damage,” Hudetz says. “For example, we may assume that a patient is fully unconscious based on behavior, but in some cases consciousness can persist despite unresponsiveness.”

The team hopes this and future research could lead to therapeutic strategies for patients.

“We want to understand the communication breakdown that occurs in the brain during unconsciousness so we can precisely target or monitor these circuits to achieve safer anesthesia and restore these circuits to improve outcomes of coma,” Mashour says.

Other University of Michigan authors on the studies include Zirui Huang, Ph.D., and HyoungKyu Kim, Ph.D., postdoctoral fellows in the Center for Consciousness Science.