What Has America Learned Since Hurricane Katrina? Not Enough. 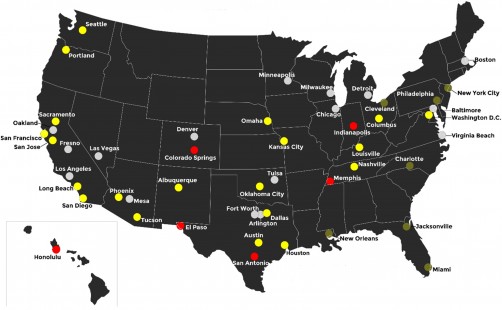 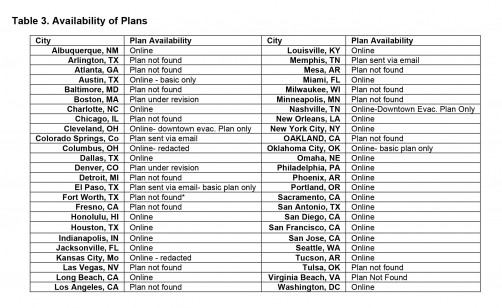 Graph of the availability of plans

So what has America learned since Hurricane Katrina? Not enough, according to a first-of-its-kind study by Florida Atlantic University, which reveals only marginal improvements with respect to evacuation planning in America’s 50 largest cities. Researchers found a lack of preparedness, specifically to evacuate carless and vulnerable populations.

The study is based on data extracted from plans, collected and analyzed from the years after Hurricane Katrina and then more recently during the mid-20 teens (prior to the onset of the COVID-19 pandemic). Researchers also introduce an Evacuation Preparedness Rating of five dimensions identified as best practices in evacuation planning for vulnerable populations: special needs registries; specialized transportation plans for individuals with specific needs; pick-up location plan; multimodal evacuation plan; and pedestrian evacuation plan.

The 50 cities were scored based on the Composite Evacuation Preparedness Rating System that includes four designations: weak, 0–4 points; moderate, 5–7 points; strong, 8–10 points; and N/A, plans that were not reviewed.

Results of the study, published in the International Journal of Disaster Risk Reduction, showed that only seven cities had strong plans, including Charlotte, North Carolina; Cleveland; Jacksonville; Miami; New Orleans; New York; and Philadelphia. The researchers note that these plans should be utilized as a model for other cities. Twenty cities achieved a moderate rating, six cities had a weak rating and 17 plans were not available or do not exist. Among the cities with plans not found include Atlanta, Chicago, Detroit, Las Vegas, Los Angeles and Minneapolis.

“While it is promising that more cities are developing evacuation plans, overall, it remains disheartening that not every city was able to learn the lessons of not being prepared, especially for carless and vulnerable populations, as showcased to the nation during the aftermath of Hurricane Katrina in 2005,” said John L. Renne, Ph.D., senior author and professor and director, Center for Urban & Environmental Solutions (CUES) in FAU’s Charles E. Schmidt College of Science, who conducted the study with co-author Estefania Mayorga, a graduate of the master’s program in Urban and Regional Planning at FAU who assisted Renne on this project as part of her graduate research assistantship as a student.

The overall goal of this study was to develop a way to compare plans, across cities and over time, to work toward standardizing an approach for evaluating evacuation plans for carless and vulnerable populations across the U.S.

The Evacuation Preparedness Rating System served as a tool to allow consistent and uniform rating to test for minimum standards in all cities across the nation. Moreover, the tracking of plans over time illuminates which cities are improving and allows for a national snapshot that creates more accountability to highlight which cities are prepared and which are not.

“In answer to the question we posed in our paper, ‘what has America learned since Hurricane Katrina?’ – the answer based on our findings is clearly: NOT ENOUGH,” said Renne. “Many cities that have strong plans, including Jacksonville, Miami, New Orleans, and New York are coastal cities that have experienced strong hurricanes in the past. This study lends support to the theory that cities do not develop strong evacuation plans, ones that accommodate the needs of all people, unless they have already experienced a major disaster or are under a threat.”